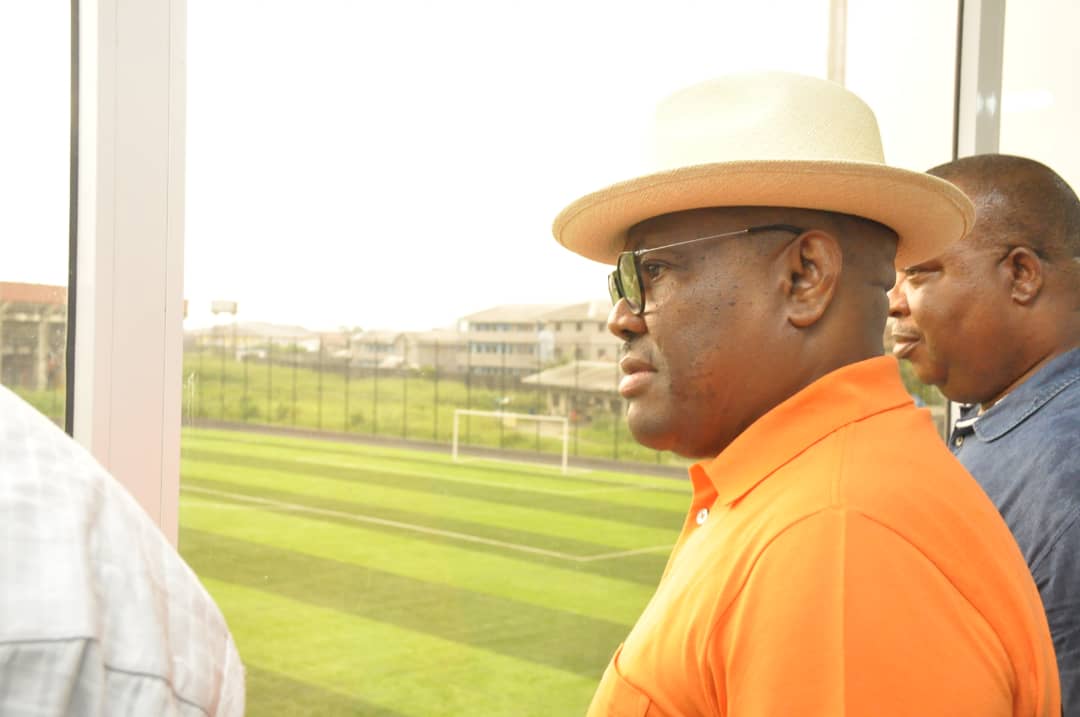 Rivers State Governor, Nyesom Ezenwo Wike has stated that his administration is committed to making Rivers people happy through the continuous execution of pro-people projects.

Governor Wike also announced that the Rivers State Government will employ additional 450 youths to strengthen the Task Force on Street Trading, Illegal Markets and Motor Parks in the bid to clean up Port Harcourt.

Speaking after inspecting projects that will be commissioned during his first 100 days for the second term on Tuesday, Governor Wike assured Rivers people that he will work diligently to surpass his first term achievements.

He said: “I believe that when we celebrate our first 100 days of our second term, the people will know that we are still working.

“I know that Rivers people will be happy at the end of the day. They will see that we have continued to deliver on our campaign promises”.

Governor Wike expressed satisfaction with the quality of work at the Real Madrid Football Academy.  He said that the Academy will commence operations after it is commissioned as part of the 100 days celebration.

“The Real Madrid Football Academy will help us groom our children who would want to take Football as their career.  Today, our kids who won the Channels Kids Cup are heading to Spain. When they return, they will be the first set to be admitted into the academy.

“As part of our first 100 days in office, we will commission the Real Madrid Football Academy and the school will start operations.  The standard of the facility is appreciated “, he said.

At the Government Craft Development Centre in Port Harcourt, the Governor said that the reconstruction work will re-position the institution.

He said that the quality of work done at the Government Craft Development Centre shows that indigenous contractors also have the capacity to deliver in line with approved specifications.

On the operations of the Task Force, Governor Wike said the first two days have shown that the Task Force will be successful in carrying out its legal responsibilities.

“With what we have seen, it means they will do well.  We will employ additional 450 youths to be involved in the total operation to clean Port Harcourt.  We will not tolerate street trading again.

He said that the focus will not only be on street traders, but those who use umbrellas and people who sell corns will not be allowed to operate.