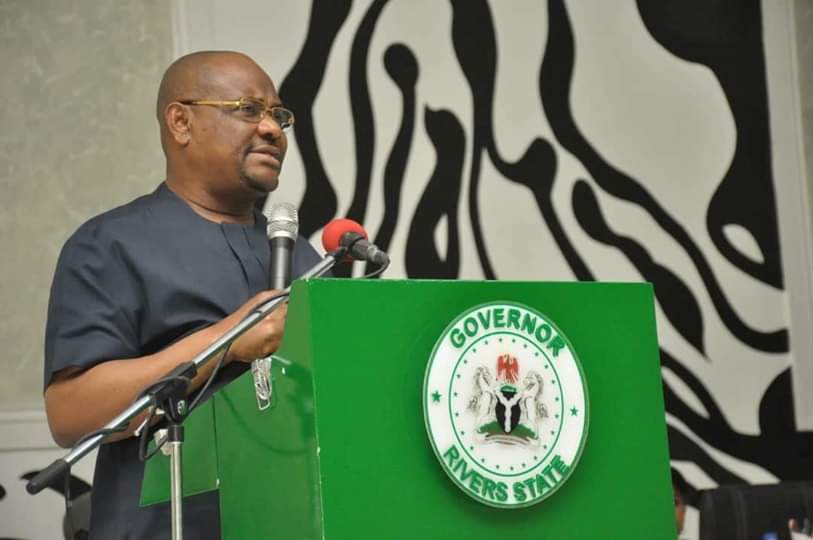 The Rivers State Governor, Nyesom Wike has  inaugurated the State PDP Campaign Council with a charge to the council to deliver all PDP candidates during the forthcoming general elections.

Governor Wike who spoke at the Rivers State PDP Campaign Office in Port Harcourt while he flagged off “Operation Deliver Your Ward in 2019”, directing all PDP leaders to ensure that the party wins in their communities.

“Every politician must go to their respective  communities and wards to work for the PDP.  Your work is at your respective wards.

“This time, it is ‘Operation Deliver Your Ward ‘. Once you lose your ward, you lose political relevance . Our campaign  must be issue based”.

He urged PDP leaders to work  towards the total victory of the party, noting that  the council is all-inclusive and aimed at ensuring that all PDP candidates emerge victorious.

Gov. Wike said that APC is the party promoting violence in the state.  He said the failure of the APC is the reason why they resort to violence.

“Take this election as if you have very stiff opposition.  Work very hard for the party and don’t allow ethnic consideration to affect their commitment to the party.

“No other political party will win in Rivers State.  Any group of politicians  who play the ethnic  card will lose out in the long run.  It will haunt them in the future.

“If you play wayo, you  will see wayo. PDP  will only support you if you support PDP. God has decided that APC will not rule Nigeria again”, the governor said.

The governor said with the inauguration, the campaign  process has started. He urged all organisations and associations to unite and work for the victory of the PDP.

He added that the only opponents that the PDP has in the state are the police and INEC.  He called on members  to be vigilant and ensure they are not short-changed by the two institutions.

In his remarks, PDP National Chairman, Prince Uche Secondus said any attempt to rig the 2019 General elections will spell doom for the country.

He said: “To Buhari, you cannot rig the 2019 elections unless you want war  in the country “.

He called on PDP across all levels to be committed towards ensuring the party wins. He said while the APC is relying on INEC and Police, PDP Rivers State relies on the outstanding performance of Governor Wike.

Chairman of the Rivers State PDP Campaign Council, Chief Ferdinand Alabraba assured that the council  will deliver all PDP candidates.

Rivers State PDP Chairman, Bro Felix Obuah said that the campaign council was constituted after due consultation with all stakeholders.

Till I Die, Buhari Will Continue To Address Me As ‘Sir’ – Obasanjo