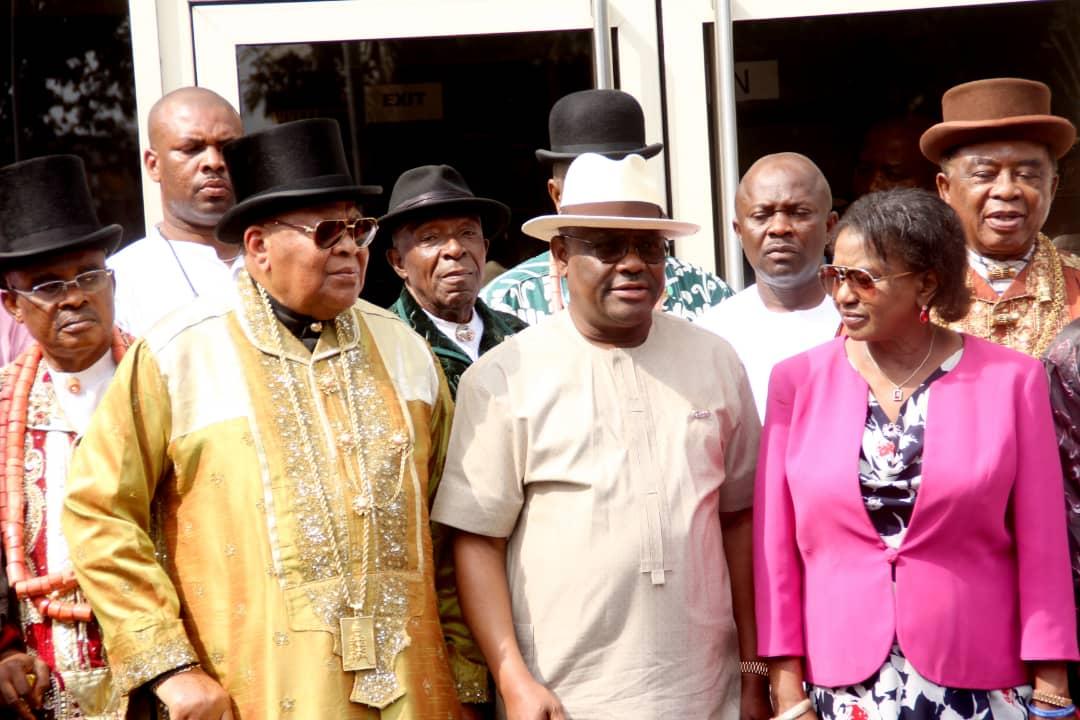 Rivers State Governor, Nyesom Ezenwo Wike has stated that the State Government will complete and deliver the Ogoni-Andoni-Opobo-Nkoro Unity Road as part of the first year anniversary of his second term.

He announced the immediate release of additional funds to the contractors for the completion of work on the all-important road.

He said: “I have directed the release of additional funds to the contractor for the completion of the road.

Governor Wike announced that the Rivers State Government will intervene in the construction of the shoreline protection project for Queens town.

He regretted that the Queens Town project was initially awarded to Dickson Associates Limited, owned by an indigene of Opobo Kingdom. He said the Rivers State Government released N1.9billion to the contractor, who failed to execute the project.

He announced the extension of the Sakpenwa-Bori Road to Kono Town. He said that the contractor has been mobilised to construct the new section of the road and also install streetlights on the entire stretch of the road.

Governor Wike thanked the people of Opobo-Nkoro for their total support. He said that the peaceful nature of that community has made development easy.

He said the appointment of King Douglas Dandeson Jaja as the Chairman of the Rivers State Council of Traditional Rulers has been rewarding.

“I did not make a mistake appointing you Chairman of the Rivers State Council of Traditional Rulers. You have been very supportive. I urge you to continue to do the best for Rivers State” he said.

In his remarks, Amanyanabo of Opobo Kingdom, King Douglas Dandeson Jaja said that the people of the area are confident that Governor Wike will complete the unity Road as pledged.

“It is on record that you are the first Governor to drive into Opobo Town. The journey afforded you the opportunity of knowing the extent of completion of the Road.

“We have no doubt that you will keep your promise of completing the road” he said.

The Chairman of Rivers State Council of Traditional Rulers commended the Rivers State Governor for his outstanding projects delivery, which has been intensified during his second term. He said the flag off of the construction of three flyover bridges is historic.

He said the re-election of Governor Wike is a reward for the outstanding performance during the governor’s first term.

25 LAW SUITS TO STOP INAUGURATION OF NDDC NEW MANAGEMENT BOARD