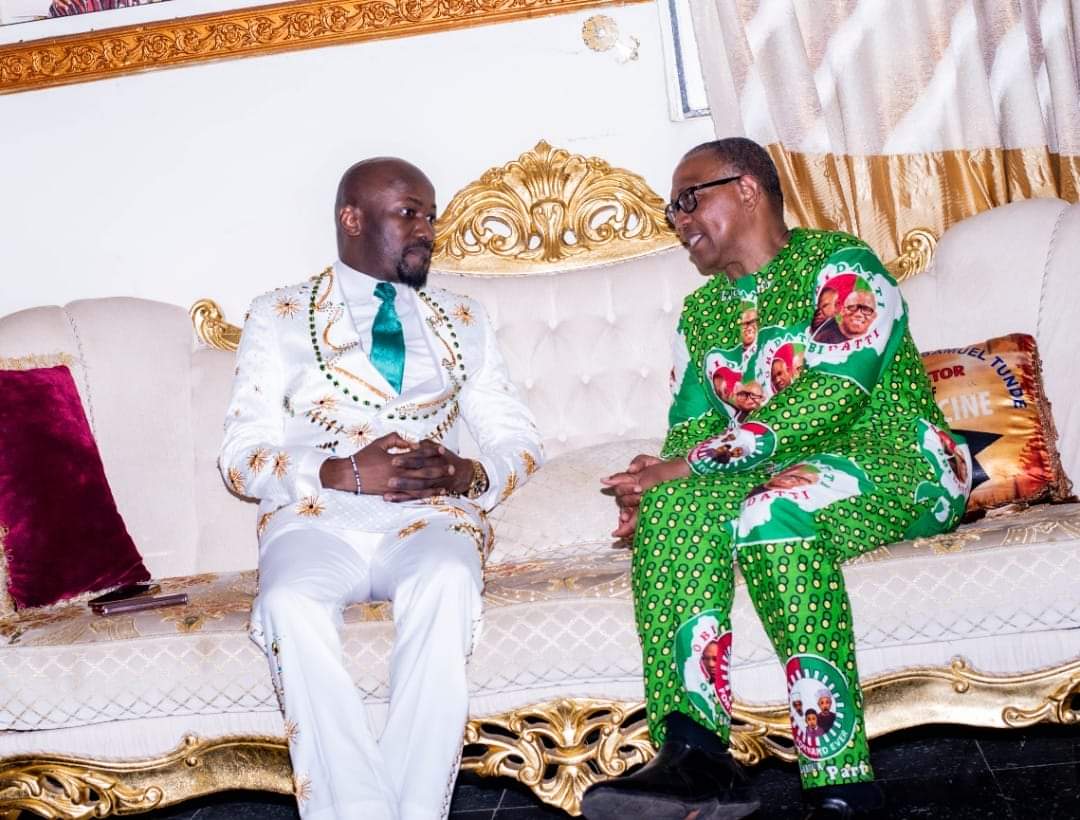 The presidential candidate of the Labour Party (LP) Peter Obi has paid a visit to the founder of the Omega Fire Ministries, Apostle Johnson Suleman weeks after attack on his convoy.

Suleman made the announcement via his Twitter handle on Friday.

He shared a photo with Obi where he also prayed for continued protection over the presidential hopeful’s life.

“Thank you @PeterObi for coming to the house..may God continually protect you in Jesus name,” he wrote

Obi’s visit comes a few weeks after his public condemnation of the brutal attack unleashed on the apostle on Friday afternoon, October 21, 2022 which reportedly led to the death of seven persons, including policemen.

The former Anambra Governor, who described the attack as an act of terrorism, violence and criminality, lamented that insecurity is hindering the country’s progress; stressing such incidents were saddening.

He wrote: “The recent attack on the Founder of Omega Fire Ministries, @APOSTLESULEMAN, underscores the level of insecurity in our nation Ugly acts like these are reported from different parts of the country on a daily basis, and it is saddening

“Such acts of terrorism, violence and criminality are highly condemnable. The high level of insecurity that has continued to plague our nation has continued to clog up the nation’s wheel of progress.

“I restate my commitment to the fight against insecurity as my first priority in governance when voted into power am saddened by the lives lost during the attack one life lost to insecurity is one too many. I pray God to grant the victims eternal rest.

“May God also comfort the bereaved families. I call on the security agencies to fish out the perpetrators of such acts and bring them to book. -PO.”