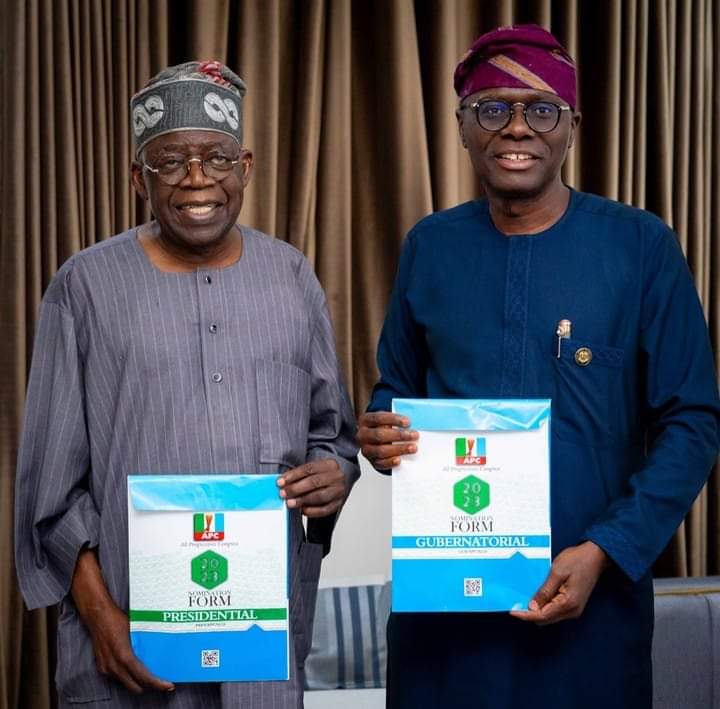 Lagos State Governor, Mr Babajide Sanwo-Olu has revealed that it was Asiwaju Bola Ahmed Tinubu that paid for his expression of interest form and nomination form to run for the second term in office as Governor.

According to the Chief Press Secretary to the Governor, Mr Gboyega Akosile, the Governor said: “Asiwaju Bola Tinubu paid for my second term nomination and expression of interest forms to run for second term.”

There are media reports suggesting that Tinubu, who is a former Governor of Lagos State and the national leader of All Progressives Congress (APC), may have dropped Sanwo-Olu and anointed another candidate to replace the Governor in 2023.