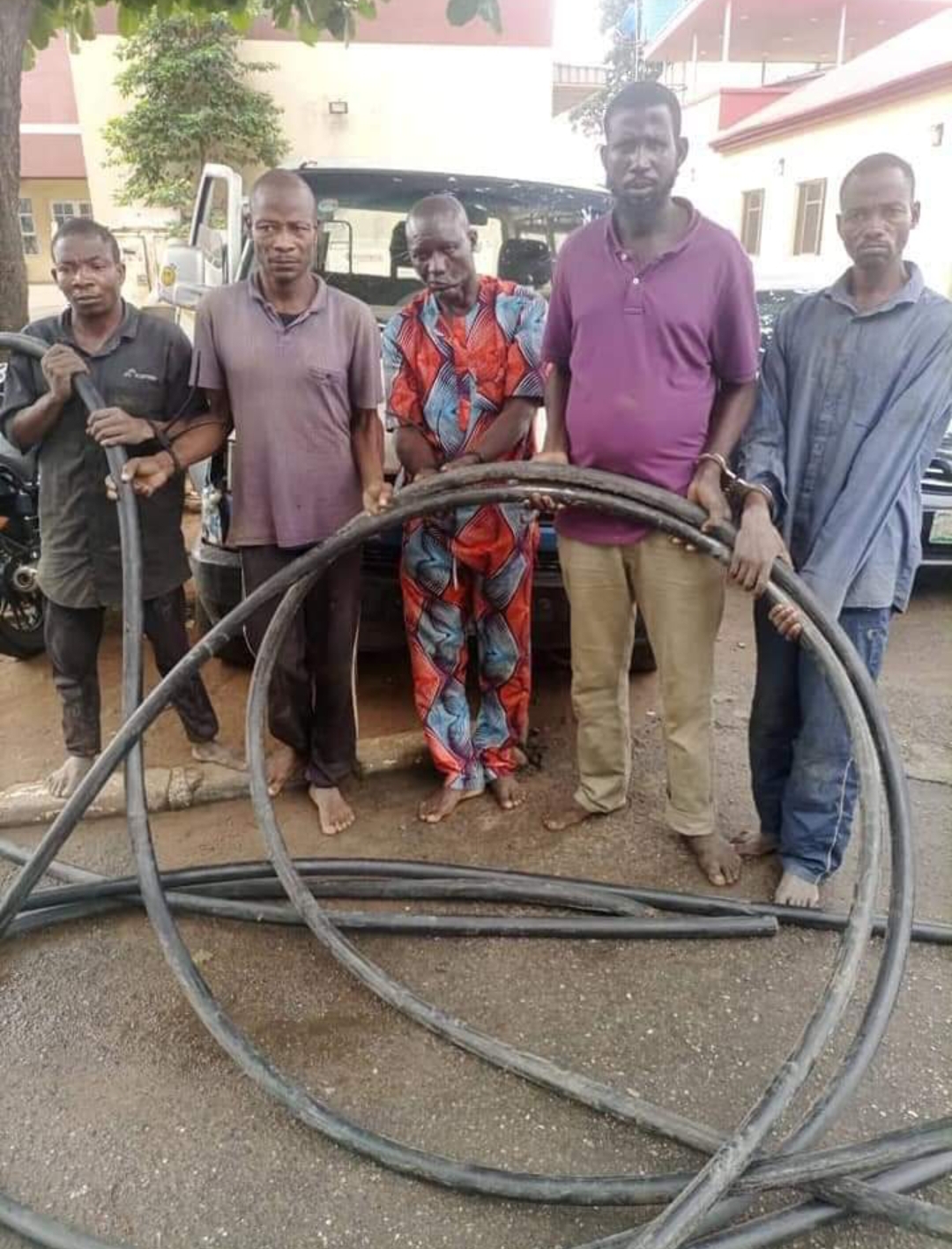 The police men were on patrol of Oyinkan Abayomi, off Alexander Road, Ikoyi, when they accosted five of the suspects standing beside a white Volkswagen T4 bus with the registration number, KTU 357 YF.

On observation, it was discovered that the men had dug up a 20-metre long telecommunication cable of 10431(type), which they were about to move into the white bus. Found in their possession were two diggers and two shovels.

On interrogation, the driver of the bus, Yekini Mohammed explained that he was invited to the location by Mohammed Abdullahi and Tukru Mukailu, both of whom are scrap and metal dealers to pick up scrap materials in different areas in Victoria Island and Ikoyi for delivery at Lakulaku, Obalende, where they sell them to their clients.

Mohammed Abdulahi on his part revealed that he is a scrap seller who buys and sells scrap materials and that they found the cable at the spot they were arrested and they called Yekini Mohammed to bring his bus to convey them to Obalende where they would find buyers for them.

Commenting on the development, the Commissioner of Police, CP Abiodun Alabi directed that the case be transferred to the State SCID, Panti for further investigation and prosecution.