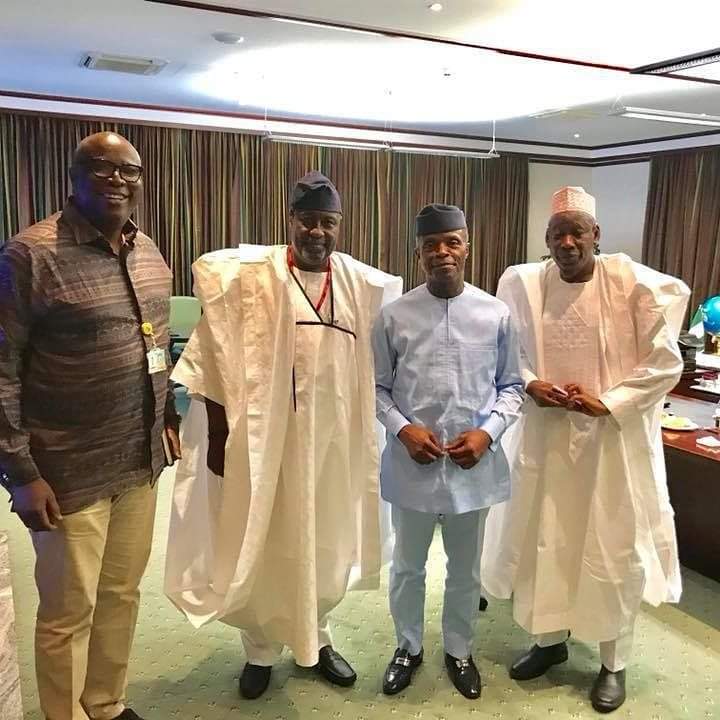 The vice president and 2023 president hopeful on the platform of the All Progressives Congress (APC), Prof. Yemi Osinbajo, has so far interfaced with the party’s delegates in 13 States of the federation and he is optimistic of winning the APC ticket.

The political adviser to the President in the office of the vice president, Senator Babafemi Ojudu, made the disclosure after Osinbajo met with APC delegates in the Federal Capital Territory (FCT) in Abuja on Tuesday evening.

He said the feedbacks from the state by state engagements so far have been positive and eventually Osinbajo will carry the day given his unprecedented method of interface with the APC delegates across the country.

“It is the first time in this country, and I’ve been around for a long time, both as a journalist and as a politician, when a primary is taking place and an aspirant will go round the country, talking to delegates from state to state, not only that, he’s engaging them, asking them questions, making them make comments and also ending up having photographs with each and every one of them. So, it’s been closely engaging.

“The reception we have had, whether in Bauchi, Gombe, Cross River, Bayelsa, Edo or Delta is wonderful. Now we have done about 13 states and we’re still going round.

“I believe that when you’re passionate about something, when you are genuine, when you’re original, when you’re committed, then there’s nothing you cannot achieve.

“We can measure it from time to time, and as we’re moving around, scientifically, we’re measuring our chances; and we’re getting good feedback. We’re polling on the daily basis and at the end of the day, we’ll emerge as the flagbearer of our party and we’ll all smile.

“It’s not a joke, we mean business and we’re doing things the way it has never been done before. We’re introducing new dimensions into campaigning; it has never happened before to go from state to state for the primaries as if you are doing a general campaign,” Ojudu stated.

Is Jonathan a Beautiful Bride?