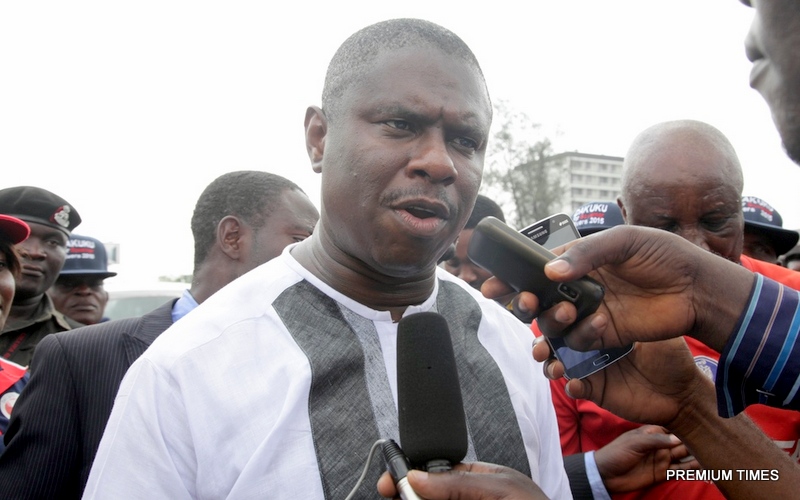 The Director-General of the Nigerian Maritime Administration and Safety Agency (NIMASA), Dr Dakuku Peterside and Board of Trustee (BoT) member of the All Progressives Congress, Dr Sam Sam Jaja have expressed satisfaction with the party’s local government congress that took place in Opobo/Nkoro LGA.

According to Peterside, “I am very impressed with the orderly conduct of the people. The party congress was conducted in accordance with the provisions of the constitution of our party. I have also received credible reports across the state about the fact that congresses were peaceful, orderly free, fair and transparent in and I am impressed, it signposts one thing, that APC is ready to form the next government in the state.”

“The days of Governor Nyesom Wike are definitely numbered, the days of maladministration, the days of corruption, the days of fretting away our resources, the days when we receive so much from the federal accounts allocation committee and our internally generated revenue, yet there is nothing to show commensurate with the resources we receive are over. The people of Rivers state are determined to change the government and institute the kind of government they want,” he declared.

Also speaking, BoT member of the APC, Dr Sam Sam Jaja commended the delegates and party faithful for their loyalty and patience.

Said he: “You can see how peaceful we are; you can see how enthusiastic every delegate was and it gave me confidence that this LGA is absolutely APC. Am highly impressed by our conduct, we didn’t even need security because we were well comported.”

He tasked the newly inaugurated executive to see their assignment as a challenging one as their job will never be completed until “APC takes over Government House in 2019,” while also urging them to sell the party to every nook and cranny of the local government.

OBJ Bring Out Your Presidential Candidate, Buhari Will Retire Him– Yahaya Bello

Rivers Guber: I Will Make My Decision Known~ Peterside