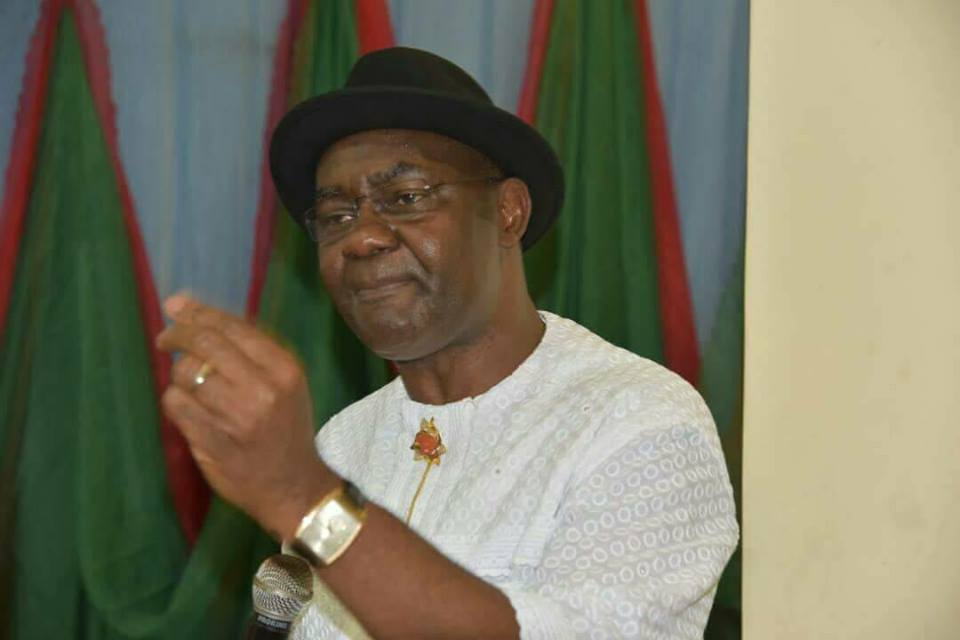 Governorship candidate of the Social Democratic Party (SDP) in Rivers State, Senator Magnus Ngei Abe, has declared that the continuous attacks on him and his supporters will not deter the party from campaigning in Rivers State for the 2023 General Elections in the state.

Abe made the declaration while addressing SDP stakeholders in Degema, Headquarters of Degema Local Government Area of the State.

“But, I said even if it is just five persons that are here, as long as there is an atmosphere in which I can deliver my message peacefully, I will come and talk to those five persons

“Nobody can stop an idea whose time has come. I want to say this, as I have said to some people, when they carry guns and pursue you, don’t respond to guns. We are going to contest this election and we will not shed the blood of any Rivers man or woman.

“Let me tell you, the young man who led some people to block the road, carrying guns against us on our way to Egberu, Oyigbo Local Government Area the other day, that went and destroyed our banner in that community, we have his photograph when I was presenting him with a computer, a laptop in order to assist in his pursuit for a higher degree, I have told them to release the photograph.

“If I were buying guns for people, a lot of people will have guns but I bought him a laptop but he chooses to follow those that will give him a gun to pursue the man who gave him a laptop”.

The SDP Governorship Candidate went further to say that the people of Rivers State will not choose slavery, suffering and hunger, when they have the opportunity to choose progress, prosperity and enjoyment.

Abe said: “Is there anywhere were they will put slavery, suffering, hunger on one side and then put progress, prosperity and enjoyment on another side and people will use their own hand to choose slavery, suffering and poverty? Will you do that? Will Rivers people do that? We will win the election.

“I hear that they have set up a taskforce to be tearing our posters, taskforce on poster destruction is now a means of empowerment but when you tear the posters that are on the road and are on the side and are on the wall, can you break into people’s minds and tear us out of their mind? We will win the election and they cannot stop us”.

Rivers State like Kano, and Lagos is critical to wining any election –Kwakwanso

APC PCC demands apology from ThisDay and its publisher