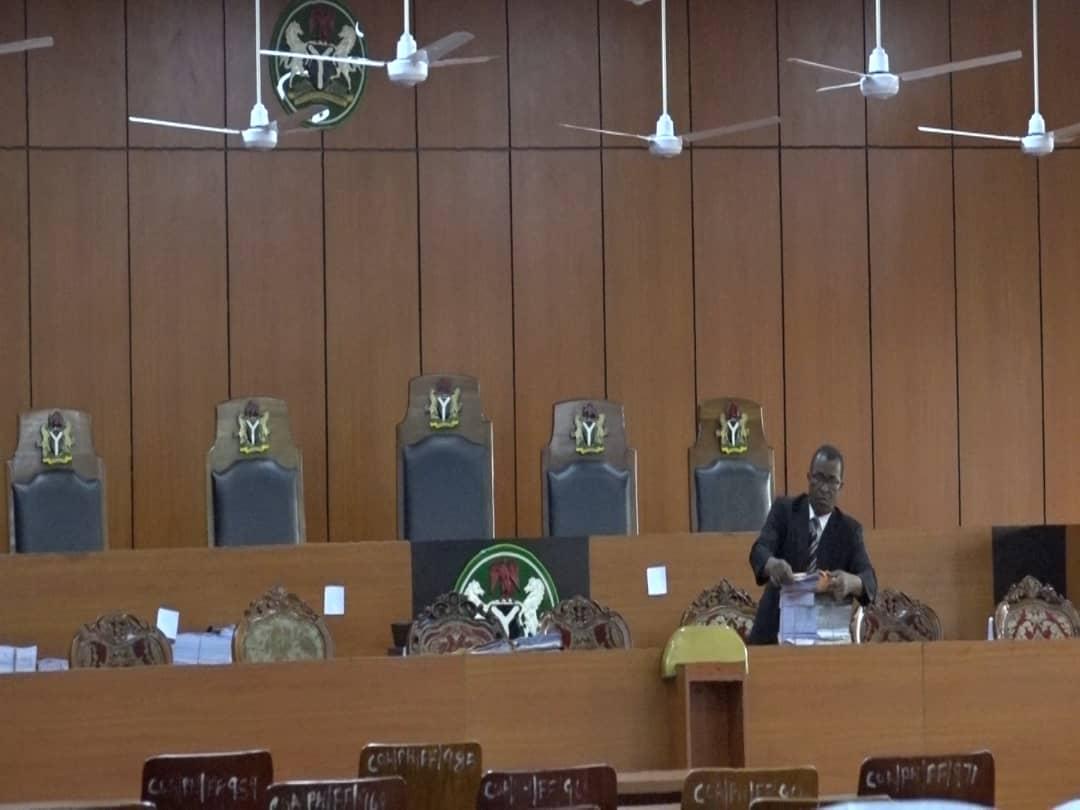 Delivering the lead judgment, Justice Hamma Barka struck out the AAC interlocutory appeal on the ground that the appellant has no locus to file the appeal as he is no longer the counsel to AAC.

The Court of Appeal also ruled that the Appeal filed by the defeated Rivers State AAC Governorship Candidate is incompetent, having been filed without prior leave of court.

The Court noted that judgement of a court is sacrosanct which all parties are bound to obey. The Court emphasised that AAC has right to change its counsel based on the judgement of the Federal High Court which recognized Leonard Nzenwa as the National Chairman of the party.

The court recognised counsel of the AAC, Henry Bello filed a preliminary objection on the premise of section 242 of the constitution of the Federal Republic of Nigeria, 1999 (as amended) , saying  that the Appeal is incompetent.

Counsel to INEC, Sir Steve Adave (SAN), said the decision of the Court of Appeal lays to rest the issue of representation in the suit filed by the defeated Rivers State AAC Governorship Candidate.

Counsel to the AAC, Henry Aleruchi of Henry Bello Chambers, said that the party sacked Omoyele Sowore and elected Leonard Nzenwa who subsequently appointed Henry Bello as the authentic counsel of the party.

He said that the ruling of the Court of Appeal is in consonance with the constitution, which gives the individuals the right to choose their counsels.

In a preliminary objection, Counsel to Rivers State Governor, Nyesom Ezenwo Wike, Emmanuel Ukala (SAN) argued that the appellant is not a person affected by the decision/ruling of the Tribunal and accordingly has no locus standi or competence to appeal the judgment of the Tribunal.

Ukala further argued that the Appellant’s Appeal has been mooted and rendered academic by subsequent events, including the striking out of the substantive appeal by the Tribunal.

Mark Agwu, who spoke on behalf of  Emmanuel  Ukala (SAN), counsel to Governor Nyesom Wike , said the ruling has proved that the appeal is a mere academic exercise and lacks merit.

“The genesis of the issue was that the petition was filed by the Chamber of Tawo E. Tawo representing both petitioners but in course of the processing’s the AAC decided to debrief the chambers of Tawo E Tawo and engage the chambers of HA Bello to represent it. In the course of that HA Bello fulfilled the condition which you can now change your counsel.

‘After that Tawo brought an application asking court to set aside the change of counsel filed by HA Bello after hearing the argument, the tribunal came to the decision that the party deserve its right to engage counsel of his choice, that is sacrosanct and nobody can change it. Preliminary objection was raised to the effect that AAC now having changed their counsel Tawo now lacks locus standi to represent it”

He said that the Court of Appeal has confirmed the ruling of the Federal High Court that Leonard Nzenwa is the National Chairman of the AAC.

Counsel to Biokpomabo  Awara, AAC governorship candidate, Mr David Adebe of the Tawo Tawo Chambers, said they will study the judgment and decide on the next line of  action.

“The court in their opinion said they did not agree with our view but by the time our principals consult with the client, then they will decide which way forward”, he said.