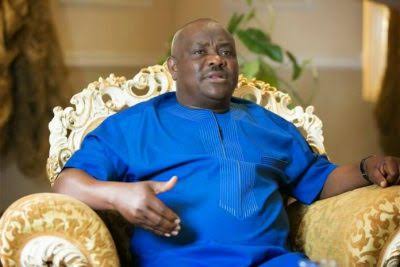 The State Government further terminated the concession agreement between the Government of Rivers State and Kild concession Limited in respect of the construction of a Toll road and Secondary developments in Abonnema Wharf, Port Harcourt.

These were part of resolutions at the State Executive Council meeting presided over by the Rivers State Governor, Nyesom Ezenwo Wike on Friday at the Government House, Port Harcourt.

The three companies that had their contracts/concessions terminated are subsidiaries of Sahara Energy Limited, used by the immediate past Rivers State Governor, Rotimi Amaechi to acquire state assets.

Briefing journalists after the State Executive Council meeting, Information and Communication Commissioner, Emma Okah said that the State Government arrived at the resolutions in line with yet to be implemented  recommendations of the White Paper  on the Report of the Judicial Commission of Inquiry for the Investigation of the administration of Governor Chibuike Rotimi Amaechi on the sale  of Valued Assets of Rivers State and other related matters under the chairmanship of Justice George Omereji.

The Rivers State Government directed the Honourable Attorney General of the State to take further steps as contained in the White Paper.