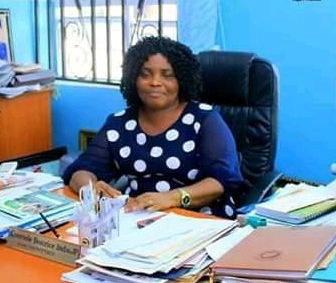 Rivers State Chapter of the Nigeria Labour Congress (NLC) and Trade Union Congress (TUC) have expressed excitement on the planned  march on the streets of Port Harcourt on Monday, September 8, to protest alleged anti-labour policies by the state government by Governor Nyesom Wike’s administration.

Speaking on the plan street Protest, Comrade Beatrice Ituboh, Chairman of state NLC said NLC and TUC  and their affiliate bodies said for ones the parent has finally heard cry of the Workers and the anti-labour policies of Governor Nyesom Wike towards the organized labour in state.

She said that the organized labour in state will by the public protest let the world know about the suffering of workers and Pensioners in the midst of plenty.

A statement issued by the national President of NLC Ayuba Wabba among other things said “Nigerian workers under the aegis of NLC and TUC and our civil society allies in the discharge of our constitutional rights will embark on a peaceful protest in Port Harcourt, Rivers State on September 8, 2020.”

The unions said the protest is to draw the attention of the world to the infractions on workers and trade union rights in Rivers State.

Addressing a joint press conference in Abuja on Thursday, the NLC President, Ayuba Wabba, and his TUC counterpart, Quadri Olaleye, said the Rivers State Government had unleashed several anti-labour actions on workers in its employ.

Wabba, who read the position of the two labour unions, said that some of the infractions committed by the Rivers State Government included the act of lawlessness by sealing off the NLC Rivers State council, persecution and prosecution of trade union leaders on trumped up charges.

NLC accused the Rivers State Government of alleged arrest and prosecution of Rivers State  Chairman of Judiciary Staff Union of Nigeria, JUSUN, Anthony Wachukwu, who said to have been earlier detained in Government House,and later kinapped with his whereabouts still unknown.

Wabba also said that the Rivers State Government has failed to clear the arrears of pension and gratuity indebtedness in the state.

“This wicked act has become the living nightmare of senior citizens who are being punished for serving the state. These pensioners are dying in droves as a result of neglect,” he said.

The NLC President said the state government is owing some workers in the state up to seven months’ salaries.

He said: “The attack on trade union leaders and violent disruption of the Rivers State Executive Council meeting on August 27, 2020 was only an icing on the cake of Wike’s malfeasance.”

He said that by refusing to remit the statutory check-off dues to unions and the labour centres, the Rivers State Government is projecting an overt agenda of suffocating trade unions in the state to death in clear violation of Section 17 of Nigeria’s Trade Union Act.