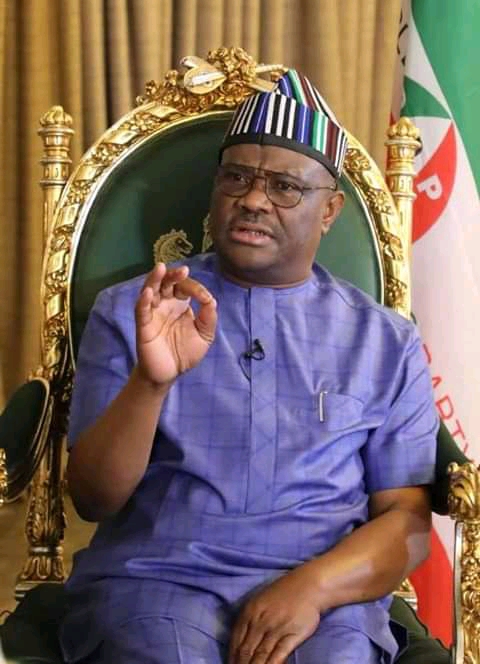 The State Executive Council has approved the award of two contracts for the construction proposed overhead bridges in Port Harcourt City at the cost of N12.4 billion.

According to a Government House statement endorsed by Kelvin Ebiri, Special Assistant to Governor Nyesom Wike on Media, One of the bridges will be at the intersection of Olu-Obasanjo Road and Port Harcourt Aba Expressway popularly called “Waterlines Junction”, and it will be 800 meters long.

And another one will be at the intersection of Olu-Obasanjo and Ikwerre Road up to the Azikiwe Street and will be 1KM long.

The Rivers State Executive Council gave the approval at its meeting that was presided over by Governor Nyesom Ezenwo Wike at the banquet hall of Government House, Port Harcourt on Wednesday.
Commissioner for Works, Elloka Tasie-Amadi who briefed Journalists after the meeting said the approval was sequel to two memos his ministry presented to the council on the need for the construction of the flyovers.

“The memos were approved and consequently the Government of Rivers State will be awarding two contracts to the Julius Berger Nigeria PLC for the construction of two flyovers.

“At the Port Harcourt Aba Expressway intersection (Waterlines Junction) of Olu-Obasanjo Road, we observed that with the construction of Rebisi Flyover and the soon to be completed GRA flyover and Rumuola flyover, you’ll have a lot of traffic between those two points.
“Consequently we will have a bottleneck at that junction of Port Harcourt Aba Road Expressway and Olu-Obasanjo Road which we call Waterlines junction. So we proposed that to take care of that problem.
“This is aside from the fact that we have a lot of urban migration and higher vehicular activities in Port Harcourt.
“For the flyover that will be located at the intersection of Olu-Obasanjo Road, Ikwerre Road and Azikiwe Street, we also observed that the reconstruction going on Ikwerre Road and the higher number of vehicles and traffic jams observed over the years will get worse. So we thought it wise to construct a flyover now. “
The Commissioner of Works stated that when these projects are done, they will ease traffic and ultimately reduce the stress to citizens and the cost of transportation.
Similarly, Commissioner for information and communications, Paulinus Nsirim said the approval for the two additional flyovers is historic and has given further impetus to the urban renewal programme of the Wike’s administration.

He said the administration of Governor Wike is forward looking in designing projects that will make Rivers State the destination of choice for prospective investors.

“His excellency is the architect of the New Rivers Vision. He is unrelenting in designing these projects that will make Rivers State the destination of choice by putting the right infrastructure is put in place for our people and those who live and do business here.”
He explained that the administration is sending signals to investors to see that Rivers state is set and opened for business. According to him, those who want to go about their normal business in Rivers state are assured of the right economic climate, and the right infrastructure.

“The Governor of Rivers state is desirous to make Rivers State a model of development, of infrastructure and economic prosperity. And today’s landmark decision by the state executive council underscores that point. That Rivers State is investors destination of choice.”
He further announced that beginning from March 1st, the State government will commence another phase of commissioning of more projects that cut across road infrastructure, health, sport and education.