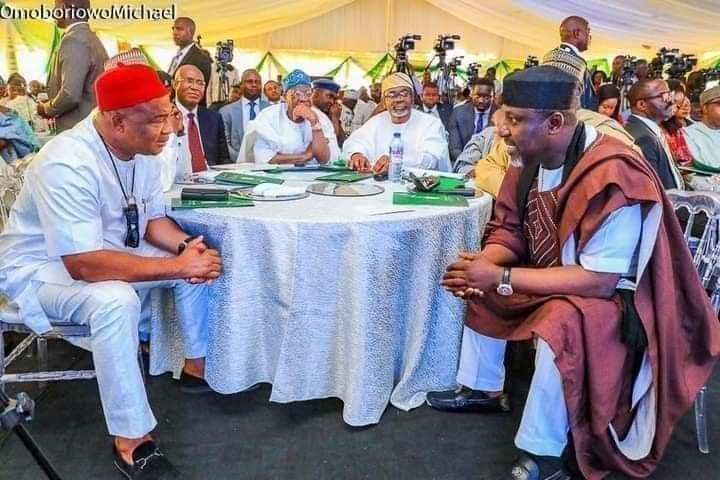 Reports from Owerri indicate that there has been bloody fight between the aides of Governor Hope Uzodinma and his predecessor Senator Rochas Okorocha over Estate.

Senator Rochas Okorocha, former Governor of Imo State sitting at the pavement of a Police Station

A man bleeding after the fight suspected to Okorocha’s orderly.

Aides of the two senators and government appointees engaged in a free for all.

Roachas Okocha was seen sitting at the pavement of a Police Station. It was clear if came there to make a report or he arrested.

However, photos of Okorocha’s exotic vehicles including, a Police patrol car were vandalized.
Also seen is a man suspected to Okorocha’s orderly drenched in his blood from suspected head injury  were captured in photos.

Unconfirmed sketchy reports claim that Governor Uzodinma’s administration had sealed the former Governor’s Estate for alleged Urban plan violations
At the time of filing this report there has not been official statements from the Police or Imo State Government.

Moving in Public without facemasks now criminal offence in Rivers