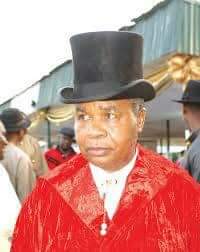 WHAT ALBERT K.HORSFALL REVEALED ABOUT UNDERDEVELOPMENT OF NIGER DELTA REGION BY THE PRESIDENCY & MAFIA

REAL REASONS NDDC IS A CASH COW FOR POLITICIANS

All efforts by the agitating groups in Niger Delta for even development of their communities from the revenue generated and accruing from the hydrocarbon extractions and exploitation may have after all hit the rocks. This may not be unconnected with the gerrymandering cosmetic work of the establishment at Abuja Nigeria’s political capital that created interventionist agencies such as Oil Mineral Production Development Commission—OMPADEC or its Niger Delta Development Commission—NDDC which President Olusegun Obasanjo established in 2000 AD as a means of appeasing the people of Niger Delta region upon their prolonged agitation for recognition of the development of the oil bearing communities.

www.towncrier.ng here exposes the revelation by Chief Albert Korubo Horsfall, ex chairman of OMPADEC and Director General National Security Organization—NSO now renamed Department of State Security Service-DSS, a lawyer and technocrat in his book titled “The OMPADEC DREAM” opined that during his tenure as Chairman of the interventionist agency –OMPADEC under Military President Ibrahim Badamosi Babangida there was infiltrations into the commission of certain persons to derail the efforts being made by his team to develop the Niger Delta region. Upon the humongous trillion of naira being appropriated for the development agency now Niger Delta Development Commission —NDDC no meaningful infrastructure and human capital indices’ could be pinpointed to have been commiserate to such financial figures National Assembly appropriate annually for the region.

At various times staff of the Commission are quizzed by anti-graft agencies for one allegation or the other about financial infractions as several of the ex-Directors are at various Courts of competent jurisdiction facing trial. The case of ex Director of NDDC against EFCC and the recent invitation of the Acting Managing Director of NDDC Professor Nelson Brambaifa and the Acting Executive Director of Finance and Administration-Dr. Chris Amadi over N2.8Billion unauthorized withdrawal.

At other occasions politicians have used NDDC as a cash cow where they feed the purse of their cronies via padding of contracts and other projects.

Most worrisome is the political expediency by the Northern oligarchy that never wanted to develop the Niger Delta region but to align with South-South region during elections and use their electoral voting strength to complement their huge population and get elected into office. Suffice here to recall Dr. Adebayo Williams’s remark about having educated minds that will fight tyranny as he said “A properly educated mind will refuse to accept crude tyranny. For to accept tyranny is an act of intellectual self-dispossession. Long after the guns have been silenced, the supersonic boom of ideas, the thunderous artillery of thinking will continue to echo”— Thus this is what Chief Albert Korubo Horsfall narrated in his Book The OMPADEC DREAM on page 106 titled ‘FINANCIAL AND OTHER FORMS OF SABOTAGE’ -“I had just finished addressing a one Month Orientation course which the Commission organized for its newly recruited senior staff and stepped into the lobby of the premises where the course was held when a senior public servant who was on a visit to the Commission from the Presidency , Abuja and a friend of the Commissioner sought to speak to me on a ‘delicate’ issue. I agreed. What the fellow narrated to me that evening at my residence startled me. According to him the commissioner had intimated to him that he was serving on the Commission on the auspices of a certain political caucus whose purported role was to effectuate behind-the scene control of Government policy on various national issues. This caucus had at several meetings come to the decision that inspite of the high levels of agitations the Niger Delta Sub-Region must not be effectively developed for fear that such physical development and especially human development will ‘liberate’ its citizens giving them the free option to choose or change political alliances thereby causing him and his political friends to lose a firm grip on the Niger Delta which, as the energy and industrial power-base of the country, is the source of ultimate political control of Nigeria.”

This breathe taking revelation by Chief Albert K. Horsfall is pathetic as he still emphasized that “The Commissioner claimed that the Caucus had sponsored him for appointment to the Board of the Commission hence every attempt to dissuade President Babangida from granting three percent revenue to the Oil bearing areas and creating a Commission had failed to sway the President. His mission was to manipulate the Commission and exploit it to give effect to the objectives of the Caucus.

“The Commissioner then claimed to this official that be refusing to give him certain preferential appointments within the Commission and blocking him on several issues I was frustrating his mission. He then boasted that he and his friends had therefore come to the conclusion that the Commission must be wrecked and I with it, if they cannot have their way. Upon what this gentleman informed me and my various observations I wrote a six-point memo to the President and later discussed the matter with him and rested the matter momentarily. Sadly to say that the subsequent ranting and false propaganda of the Commissioner and his caucus friends sowed the seeds for the financial and political sabotage against the Commission which ultimately brought down the well constituted, co-ordinate and effectively  functional Board of the Commission, inserting in its place a ramshackle , the Sole Administration which was ordered to demolish the essence and principle of using the OMPADEC for the development of Niger Delta oil producing communities. Consequently, and as publicly stated in the media and other authoritative public statements , all the plans, projects, projections and human and physical developments commenced, continued and progressed to various stages by the Board of the Commission over the three years of it existence were halted, vandalized or diverted, and until Professor Aluko’s National Economic Intelligence Committee blocked it, all subsequent funds accruing to the Commission after my Board was removed from office were deliberately siphoned to other uses or squandered.

“All through the three years of my tenure as Chairman of OMPADEC one argument raged between the Commission and its detractors. At issue was the idea of REAL or cosmetised development of the oil producing communities. The proponents of cosmetised development intended for propaganda and political sophistry were obviously of the misconceived or sometimes mischievous view that short-term minor projects-bore holes for water and generator borne localized electricity, construction of classroom blocks, and temporary localized infrastructures accompanied by a heavy dose of propaganda of Government funding, and performance was what was needed to persuade the communities and public at large of Government patronage and performance. My Board, on the other hand considered that that type of approach will result in deceit and waste of public funds and defeat the object of development. What were needed were real long term development of the entire area and   the economic empowerment of the people which will remove inbuilt prejudice in the people and correct degradation caused by the harsh terrain and the environmental problems resulting from oil exploitation in those areas. The Board considered the three percent (3% ) of the oil revenue, although  inadequate, as generally sufficient at that time for the accomplishment of its task if regularly released to the Commission. Unfortunately the funds were never released owing to the manipulation of certain elements inside and outside of the establishment at that time.”

So, when you situate the Chief Albert Horsfall’s experience to the current situation where Professor Nelson Brambaifa is Sole Administrator in charge of Niger Delta Development Commission-NDDC and where the Acting Managing Director having been advanced in age is using his son as his Chief of Staff who is alleged performs his father’s official responsibilities. The dissolution of the Senator Victor Ndoma-Egba led NDDC Board after key members of the Board resigned shouldn’t have taken place and where it did occur a new Board ought to have been reconstituted for effective management according to the principles establishing the development interventionist agency.