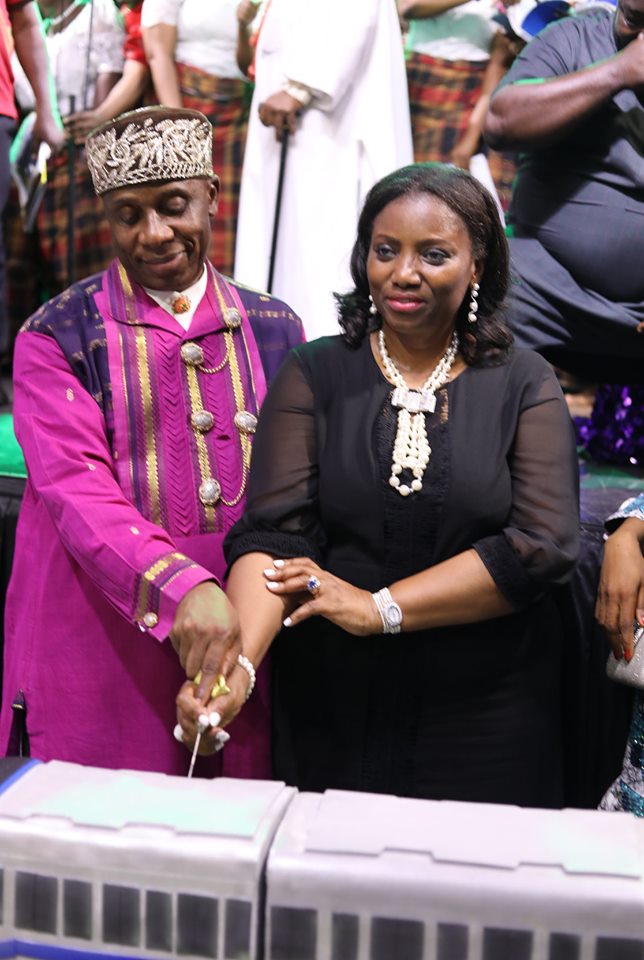 The former Minister of Transportation and Leader of All progressives Congress-APC in Rivers state Rt. Honourable Chibuike Rotimi Amaechi is not a happy man since his political party did not field any candidate in the just concluded General elections in Rivers state after Supreme Court of Nigeria in several judgments disqualified the party from fielding candidates in the elections as House of Assembly, Federal House of Representatives, senate and Governor and Deputy Governor.

Amaechi while making speech during his 54th birthday ceremony held on Monday May 27th, 2019 at Aztec Arcum event center Port Harcourt admitted that “We refused to consult God that is why we lost elections in Rivers state in 2019”.

During the 2019 General elections Amaechi being the former Governor of Rivers state and Director General Muhammadu Buhari Presidential Campaign Organization, today failed to have any elected representative from his electoral ward in Ikwerre Local Government Council into the Rivers State House of Assembly, Ikwerre/Emohua Federal House of Representatives Abuja, and Rivers East Senatorial District all of which make him political irrelevant in 4-years that the present administration will last.

The Peoples Democratic Party –PDP which is opposition political party at the Federal Government level is in control of Rivers state where Amaechi hails from.