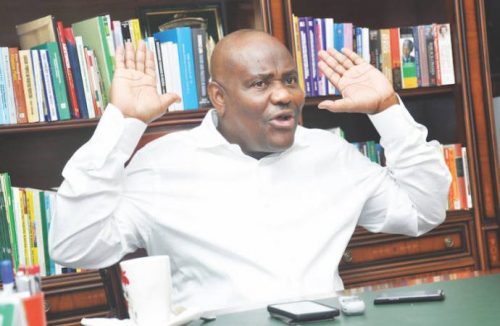 Rivers State Governor, Nyesom Ezenwo Wike has described as unfortunate the silence of security agencies in apprehending those that threaten to destroy the State.

Speaking on Arise Television on contemporary issues affecting the polity, Governor Wike said the threat by a pro-Amaechi group which has gone viral does not mean anything to security agencies.

He recalled that these same All Progressives Congress (APC) supporters threatened and actually attacked the State High Court because of internal party squabbles and the security agencies did not bring the perpetrators to justice.

Governor Wike said these pro-Amaechi supporters are courageous because they have been assured of security protection.

I am not running for Presidency, says Governor Wike