Warning: Use of undefined constant AIOSEO_VERSION - assumed 'AIOSEO_VERSION' (this will throw an Error in a future version of PHP) in /home/ndxajrbn/public_html/wp-content/plugins/accelerated-mobile-pages/templates/features.php on line 3333
 Wikipedia locks Tinubu’s page for ‘persistent vandalism’ after age is edited 84 times | Towncrier 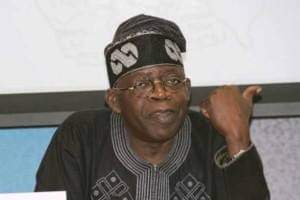 Following these multiple attempts to change Tinubu’s age on Wikipedia, some top editors working with the web platform stepped in to lock the page and make it impossible for the public to edit.

Based on the page history, the protection level on Tinubu’s page was raised by Girth Summit, a Scottish Wikipedia editor, who has worked on articles from more than 20 countries. Summit’s reason for blocking edit from the page is “persistent vandalism”.

Vandalism is not new to Wikipedia; many accounts have been vandalised over the years, leading the platform to have a dedicated page on what vandalism on Wikipedia entails and how it can be controlled.

Vandalism for Wikipedia is “editing (or other behavior) deliberately intended to obstruct or defeat the project’s purpose”.

Tinubu’s official age is known to be 69. No one has been able to conclusively prove otherwise. All speculations are within the limits of possibility.

However, for the purpose of this situation, we checked to see the people changing Tinubu’s age on Wikipedia from 69 to 79 or 79 to 69.

TheCable traced the IP address responsible for the first edit to a location in Lagos Island. The edit was done via using the Airtel network. More information about the person can also be traced as the person in question did not mask his/her IP.

The next set of edits were done from the United Kingdom, Ireland, Saudi Arabia, and a few other countries around the world.

The last edit before Summit stepped in was done by an account that has now been blocked by Wikipedia.

Claims of alleged killings at Lekki tollgate not verified ― US Report

NDDC CHASE AWAY GOV. WIKE OUT FROM HIS PRIVATE PALATIAL RESIDENCE