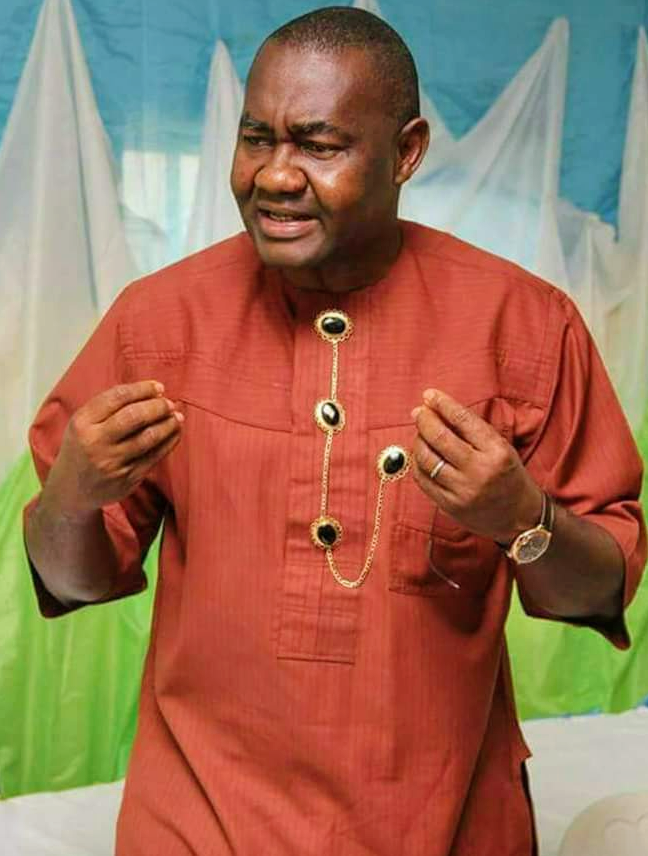 The political bickering in Rivers state All Progressives Congress-APC must have had a hard-fought disquiet but the wounds incurred during the over 6-years legal battle that denied Rivers state APC the 2019 Governorship, House of Assembly, Federal House of Representatives and Senate elections seem to have had ulcerous injuries yet to abet. Immediately Supreme Court declared Barrister Isaac Abbot Ogbubola as Acting State Chairman of APC in Rivers state Distinguish Senator Magnus Ngei Abe asked all his supporters spread across the 23 Local Government Areas and 319 electoral Wards in Rivers state collapse structures but never directed them on where to head to for political alliance.

Freedom House located along Evo Road GRA Phase 2 Port Harcourt remains Senator Magnus Ngei Abe’s Headquarters which is in use to date. This leaves much speculation that Distinguished Senator Magnus Abe has not surrendered his Gubernatorial ambition as being the Governor of Rivers state remains the highest political office in Rivers state and thus, he sets his eyes upon. So, political pundits are now seeing divisions in Rivers state All progressives Congress APC ahead of the 2023 General election which is less than 21-months from now. First is the fact that there are on-going nocturnal political meetings nationwide over Presidential aspirants in APC and within Southern Nigeria where the Governors had come out to pronounce that the Presidential ticket in 2023 should be zoned to Southern part of Nigeria for equity and good governance. It is on this premise that various political interest groups have emerged within the various existence political parties including the two most popular ones such as Peoples Democratic Party -PDP and All Progressives Congress APC. Senator Bola Ahmed Tinubu former Governor of Lagos State and the serving Minister of Transportation and former Governor of Rivers state Rt. Honourable Chibuike Rotimi Amaechi   and others yet to come out are now jostling all over the federation seeking support. The question here is will Senator Magnus Abe of Rivers state align with his fellow Rivers state citizens the serving Minister of Transportation who denied the 2019 Governorship ticket or will he align with Senator Ahmed Tinubu? The die is now cast as there are political insinuations that giving the speculated option of using Consensus as a method to select political office holders during the upcoming ward, Local Government Areas and state cum national Congresses the Leader of APC, Bola Ahmed Tinubu’s political structure is standing firm and senator Magnus Ngei Abe is said to have had upper-hand in where Senator Tinubu is leaning. And for Rt. Hon. Amaechi whose interest in Rivers state Governorship is shifting power to the riverine coastal communities where the APC Governorship ticket will be zoned to even though this is not enshrined in the Party’s Rules or constitution but with common sense the Leader of APC in Rivers state Chibuike Rotimi Amaechi had at a public forum already declared where the Governorship ticket for APC in Rivers state will be zoned to the Riverine area of the state. This is the renewal of pro-2018 incessant court litigations which got some pronouncement from the Apex Court and with which one Ibrahim Umar and 22 others who paid for Forms for participation in 2018 Ward, LGAs and State Congresses but denied as Supreme of Nigeria had ruled that they must be allowed to participate in the Rivers state Congresses at any time it is organized.  Whereas it is said that Ibrahim Umar and 22 APC members belong to the FREEDOM HOUSE where senator Magnus Abe is heading and should Consensus option be adopted with Chibuike Rotimi Amaechi as Rivers state Leader of APC, thus the resultant effect may not favour Senator Abe except there is intervention from the National Leader Senator Bola Ahmed Tinubu.

With Alhaji Atiku Abubakar’s avowed intention to contest the 2023 Presidential election having paid courtesy visit to Rivers state Governor Nyesom Ezebunwo Wike on Tuesday 27th of July, 2023 this shows that the stage is clear that National politics is not yet declared for open campaign but the gladiators are criss crossing boundaries seeking for political allies. Will Rivers state Governor Wike run for 2023 Presidential Race or be nominated as Vice President by Alhaji Atiku Abubakar?

2023: Tinubu Should Think Of Retirement, Leave Mantle Of Leadership For His Political Children – Yahaya Bello

2023: Without Buhari on ballot, we may not get all votes – Osinbajo