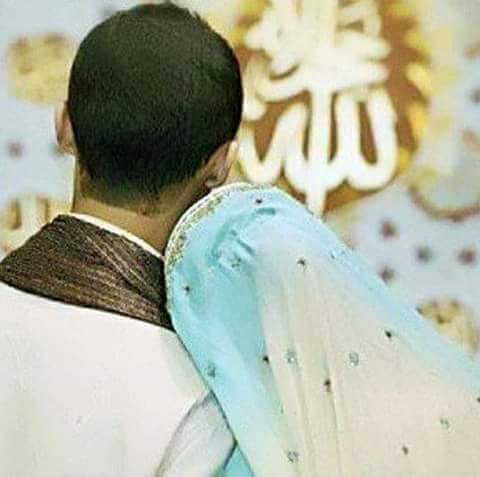 Do Not Throw Yourselves Into Destruction

In the Name of Allah, the Most Compassionate, the Most Merciful

Praise be to Allah, who created all creatures, decreed their sustenance, distributed their means of livelihood and wrote down their life spans. No person can ever die except that he takes full share of his livelihood and life span.

I praise Him, thank Him, repent to Him and ask Him to forgive us. He made the path clear so that the righteous souls can follow it, and respond to their Lord’s call. On the other hand, some souls went astray, preferring their desires to being guided and surrendering to their lusts.

I testify absolutely that there is no god but Allah, The One, who has no associate. My testification is an absolute certainty; I believe in its essence and follow its duties. I also testify that our master and Prophet Muhammad (Peace be upon him) is His servant and Messenger, who was sent with guidance and the religion of truth (Islam). By following him (Peace be upon him), souls can achieve their hopes both in the worldly existence and in the Hereafter. May peace and blessings of Allah be upon him, his household, and his companions, who were the best, the purest, the most righteous and the most pious among this nation’s successors and their righteous followers until the day of Judgment.

Dear brothers and sisters, one of the greatest blessing that Allah Almighty has given to the human being is that He has blessed them with health and gifted it to them like a crown on their heads. However, from time to time He Almighty may test His servants with illness to remind them of the blessing of good health and so that they appreciate it. Without illness, nobody would remember how much they need their creator and their Lord to help them through their difficulty. He the Most High says in surah Al-Anbiyah:

“And We will test you with bad and good as a trial. And to us, you will return.”

Respected servants of Allah, Islam teaches us that that protecting the life, body and mind of a person is from the essential aspects of this religion, and one of the objectives of the Shari’ah. Allah Almighty warns us:

“And do not throw with your own hand to your destruction.”

A persons being a cause of their own destruction happens due to two reasons:

As for the treatment and cures, Islam combines between the treatment of the soul and body. It does not call for physical or spiritual treatment alone. Rather it is a combination of the two. As for the physical treatment: Islam has told us to seek and take medicine as a treatment for our illnesses. The Messenger of Allah (Peace be upon him) said:

“O servants of Allah take medicine. As Allah Almighty did not create an illness without creating a cure – or treatment – except for one illness. So they said, “O Messenger of Allah and what is it? “He (Peace be upon him) said: “Old age.“ [Tirmidhi and Ibn Majah]

“An ill person should not present with a healthy person.” [Bukhari]

Meaning an ill person should not be around healthy people who he may spread his illness to until he heals. He (Peace be upon him) also said:

“Flee from a leper as you would flee from a lion.” [Authentic Hadith, Shu’aib Arna’ut]

Meaning take the means of prevention to disease that Allah Almighty has created. All diseases come from the decree of Allah.

“We have accepted your pledge of allegiance so go back.” [Muslim]

So this – my dear brothers and sisters – is how we can protect ourselves and prevent ourselves from catching a disease, illness or dangerous and contagious virus, and likewise protect the community from a disease spreading amongst them. And it is the right of our community that we do this.

The companions of the Messenger of Allah (Peace be upon him) would protect themselves from illnesses and the spread of disease, they would distance themselves from places in which illness was spreading. And they did this whilst having full conviction and trust in Allah. When the leader of the believers Umar Bin Al-Khatab (RA) travelled to Sham and when they had almost arrived, they were met by Abu Ubaidah Bin Al-Jarrah and he told them that a plague/epidemic had afflicted the people of the land. So Umar (RA) went before his people and said:

That is why it has become necessary for us to advise Muslims and remind them about the preference of preventing the causes of the spread of infection and adopting the different means to do this. The protection recommended by doctors and the medical guidelines directed by medical institutions to reduce the causes of spreading disease and infections.

This included: Reducing hugging, kissing, handshaking etc, if possible, especially in places of large gatherings such as a Mosques, and congregational and Friday prayers. Islamic law (Fiqh) also states that that illness and the spread of epidemics are legitimate excuses for a person to miss the Friday prayer and the congregational prayers – especially those who are already ill with a disease that is contagious to prevent the spread to others. And you heard previously the Hadith of the Messenger of Allah (Peace be upon him):

“An ill person should not be present with a healthy person.” [Bukhari]

And most importantly we ask Allah to protect everyone and their health, ameen.

As for the spiritual side:

Allah Almighty has honoured us with three fortifications taught to us by our beloved Messenger of Allah (Peace be upon him). If you hold firm to them and perform them regularly and expect a positive outcome from Allah then by the will of Allah you will not be affected or afflicted by any ill.

The remembrance (Zikr) of the morning and evening which is authentically narrated from our beloved Messenger of Allah (Peace be upon him). These are a protection for you throughout the day and night. Remembering to say upon exiting the house:

“In the name of Allah, I have relied upon Allah, and there is no might nor power expect by Allah.”

The benefit of this is mentioned in a Hadith that:

“You be sufficed, and be guided and protected.” [Tirmidhi, Abu Dawud and Ibn Hibban]

If you enter a building like your workplace of college or university, or a hospital etc, you say:

“I seek refuge with the perfect words of Allah from the evil of what he has created.”

And as mentioned in a Prophetic Hadith:

“Nothing will harm you by the will of Allah.” [Muslim]

And in conclusion, know that, there is a Prophetic Du’a that he (Peace be upon him) would make and repeat often, which is:

“O Allah I seek your protection with you from leprosy, and insanity and all bad illnesses.” [Ibn Hibban]

So persist and maintain such Zikr and protective Du’as and with the permission of Allah Almighty. Returning to Allah is from our belief and He Almighty alone is capable of curing any illness and lifting any difficulty. And our beloved Messenger of Allah, Muhammad (Peace be upon him) taught us to turn back to Allah in all matters, and from them is with regards to our health.

So whoever takes the means to protect himself and relies upon Allah then he cannot blame himself in any way, as he has done everything he can and the result is with Allah. This is the meaning of what our beloved Messenger of Allah (Peace be upon him) said:

“Ask Allah for assistance and don’t be paralysed. If something afflicts you don’t say ‘if only I had done such and such a thing. But rather say ‘this is the decree of Allah and whatever he willed he did. As indeed saying ‘if only’ opens the doors of Shaitan (Satan).” [Muslim]

Dear brothers and sisters, I don’t know why sometime we oversimplified issues that are nuanced, and we overcomplicate issues that are simple. Some of us even don’t wear face masks, we say that we trust Allah. Tawakkul. Really? Then why do we lock our doors at night? Why do we take medicines when we’re unwell? Why don’t we just use of Allah-given reasoning and good judgement?

I ask Allah for good health and to protect us and all the brothers and sisters, ameen.

May Allah send His Salah and Salam upon our beloved Prophet Muhammad (Peace be upon him).

And all praises and thanks are due to Allah alone, Lord of the worlds. May the peace, blessings and salutations of Allah be upon our noble Messenger, Muhammad, and upon his family, his Companions and his true and sincere followers.