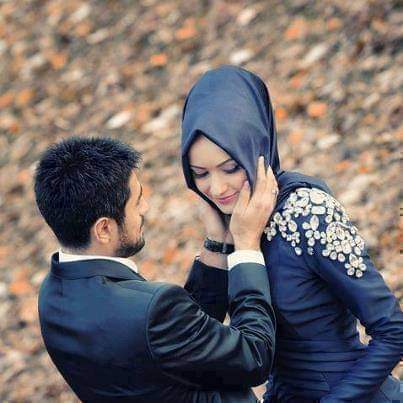 The Dangers Of Disloyalty, Treason And Betrayal!

In the Name of Allah, the Beneficent, the Merciful

All praise is due to Allah the Lord of all creation. May Allah grant His praise, manifest his virtue and elevate the status of the noblest of the Prophets and the Seal of the Messengers, our beloved Prophet Muhammad, and protect him, protect the message of Islam, protect his family and all his companions from any harm in this life or the next. As for what follows:

• Betrayal is the act of exposing or delivering someone to an enemy through treachery or disloyalty; or the act of disappointing a person’s trust, hopes, or expectations, or the act of revealing information in violation of confidence; or the failure to keep or honour a promise, principle, cherished memory, etc.; or an act or instance of unconsciously revealing or displaying some quality or characteristic, typically one preferably concealed.

• Disloyalty applies to any violation of loyalty, whether to a person, a cause, or one’s country, and whether in thought or in deeds.

• Deception is the act of hiding the truth, especially to get an advantage.

• Cheating is to behave in a dishonest way in order to get what you want.

• Perfidy implies deliberate breaking of faith or of one’s pledges and promises, on which others are relying.

• Treachery implies being secretly traitorous but seeming friendly and loyal.

• Treason is performing overt acts to help the enemies of one’s country or government.

Respected brothers and sisters, betrayal is the breaking or violation of a presumptive contract, trust, or confidence that produces moral and psychological conflict within a relationship amongst individuals, between organisations or between individuals and organisations. Often betrayal is the act of supporting a rival group, or it is a complete break from previously decided upon or presumed norms by one party from the others. Someone who betrays others is commonly called a traitor or betrayer. Betrayal is also a commonly used literary element and is often associated with or used as a plot twist.

Dear servants of Allah, cheating, deception, disloyalty and betrayal are despicable characteristics that are beneath a decent person. Intentionally distorting the truth in order to mislead others contradicts the values of honesty, which requires an attitude of sincerity, straightforwardness, and fairness that leaves no room for betrayal, cheating, lying, trickery, or deceit. There are many texts from the noble Qur’an and the noble Sunnah conveying the meaning that cheating and betrayal, whether the target be Muslims or non-Muslims, is forbidden in the religion of Islam.

Accepting the guidance of Islam leads a person to truthfulness, which means a person completely avoids betrayal, cheating and back-stabbing. The Prophet Muhammad (Peace be upon him) said:

According to another report, the Prophet passed by a pile of food in the market. He put his hand inside it and felt dampness, although the surface was dry. He said:

“O owner of the food, what is this?’ The man said, ‘It was damaged by rain, O Messenger of Allah.’ He said, ‘Why did you not put the rain-damaged food on top so that people could see it! Whoever cheats us is not one of us.” [Muslim reported the Hadith]

Respected brothers and sisters, Muslim society is based on purity of feeling, love, sincerity toward every Muslim, and fulfillment of promises to every member of society even if he is a non-Muslim. Its members are endowed with piety, truthfulness, and faithfulness. Betrayal, cheating and deception are alien characters in contrast to the noble character of a true Muslim. There is no room in it for swindlers, double crossers, tricksters, or traitors.

Islam views betrayal, disloyalty, cheating and deception as heinous sins, a source of shame to the one guilty of committing them, both in this world and the next. The Prophet (Peace be upon him) did not merely denounce them by excluding them from the Muslim community in this world, he also announced that on the Day of Judgment every traitor would be raised carrying the flag of his betrayal. A caller will cry out from the vast arena of judgment, pointing to him, drawing attention to him, saying:

“Every traitor will have a banner on the Day of Resurrection and it will be said: This is the betrayer of so-and-so.” [Bukhari reported the Hadith]

The shame of traitors — men and women — will be immense. Those who thought that their betrayal had been forgotten will find it right there, exposed for the whole world to see on banners raised high held by their own hands! The Prophet (Peace be upon him) said:

“Allah Almighty said: There are three whom I will oppose on the Day of Resurrection: a man who gave his word and then betrayed it; a man who sold a free man into slavery and kept the money; and a man who hired someone, benefited from his labour, then did not pay his wages.” [Bukhari reported the Hadith]

My great people, wallahi, one should steer clear of all the various forms of deceit and deception present in today’s society. Today, cheating is common in examinations, in business transactions, and even between spouses and loved ones. For example, placing a label on domestically-made products to make it seem that it is imported is a kind of fraud. Some people give wrong advice when their counsel is sought and thus deceive the person who believes he is getting good advice. An employee should do the job for what he is paid for without any betrayal, deception or cheating.

Some politicians today rig the ballot to win elections and cheat the whole nation. Cheating between spouses and having extramarital affairs is widespread in today’s modern society. A Muslim should value himself too highly to be among those who cheat or deceive perchance one might fall in the category of hypocrites about whom the Prophet (Peace be upon him) said:

“There are four characteristics, whoever has all of them is a true hypocrite, and whoever has one of them has one of the qualities of a hypocrite until he gives it up: when he is trusted, he betrays; when he speaks, he lies; when he makes a promise, he breaks it; and when he disputes, he resorts to slander.” [Bukhari and Muslim reported the Hadith]

Therefore, a Muslim who has true Islamic sensitivities avoids betrayal, disloyalty, deceit, cheating, treachery and lying, no matter what benefits or profits such activities might bring him, because Islam considers those guilty of such deeds to be hypocrites, and very dangerous to the wellbeing of society!

Dear brothers and sisters, sincerely speaking, betrayal is the sense of being harmed by the intentional actions or omissions of a trusted person. The most common forms of betrayal are harmful disclosures of confidential information, disloyalty, infidelity, treason, cheating, deception and dishonesty. They can be traumatic and cause considerable distress. The effects of betrayal include shock, loss and grief, morbid pre-occupation, damaged self-esteem, self-doubting, anger. Not infrequently they produce life-altering changes. The effects of a catastrophic betrayal are most relevant for anxiety disorders, and OC D and PTSD in particular. Betrayal can cause mental contamination, and the betrayer commonly becomes a source of contamination. In a series of experiments it was demonstrated that feelings of mental contamination can be aroused by imagining unacceptable non-consensual acts. The magnitude of the mental contamination was boosted by the introduction of betrayal themes. Feelings of mental contamination can also be aroused in some ‘perpetrators’ of non-consensual acts involving betrayal.

Truly, if someone close to you has ever broken your trust, you’ve probably felt the sting of betrayal. This pain can leave deep wounds. Any type of betrayal can cause emotional distress, but you might experience lingering trauma when someone you depend on to respect your needs and generally help safeguard your well-being violates the trust you’ve placed in them.

And all praises and thanks are due to Allah alone, Lord of the worlds. May the peace, blessings and salutations of Allah be upon our noble Messenger, Muhammad, and upon his family, his Companions and his true and sincere followers.