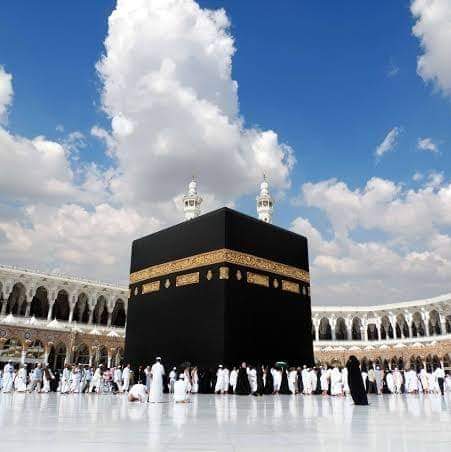 In the Name of Allah, the Most Gracious, the Ever Merciful

All praise is due to Allah, the Lord of all creation. May the salutations of Allah, His peace and blessings be upon our Prophet, his family, his companions and his true and sincere followers until the Last Day – then to proceed:

Dear brothers and sisters! Even after over 40 centuries, the message and the character of Prophet Ibrahim (Peace be upon him) remains exemplary for millions of people. A proponent of monotheism, he declared the Oneness of Almighty Allah at a time when the whole world was submerged into darkness of polytheism (shirk). In this backdrop, he heralded his determination to turn his face to the Almighty Allah, the One Who is the Creator of the universe.

Born in Babylon (modern Iraq) some 2000 BC, Prophet Ibrahim traveled through Syria, Egypt, Hijaz and Palestine, where he died and is buried at a place which is known after his name as Al-Khalil. He made the entire Middle East areas as his area of operation for his mission, and assigned his nephew Prophet Lut to Sodom; his son Ishaq to Palestine and planted his elder son Isma’il at Hijaz. He is the ancestor of most of the Prophets referred to in the noble Qur’an. He holds the highest position in world history with no parallel to him. Here I analyse his life and mission in the light of the noble Qur’an:

Respected servants of Allah! Almighty Allah chose him as His friend (Khalil). The people of his time in Syria would worship stars (thurayyah). He is said to have been invited to select a star for his own worship. But after examining the sun and the moon, he rejected the idea and turned his face towards Allah the Creator of the heavens and the earth. Allah Almighty says:

In Iraq, King Nimrud then was powerful and a tyrant leader. The people were generally idolatrous and had many temples. Prophet Ibrahim was astonished to see people assigning their aspirations to idols of stones. One day when they were out of town for a festival, he entered the temple and hammered the stone-idols, mutilating their faces except the big one on which he placed the axe. When the people returned and saw their deities smashed and mutilated, they became angry. Although they felt ashamed of worshipping the idols that could not save themselves, they however decided to kill Prophet Ibrahim. Allah Almighty says:

“So he broke them to pieces (all) but the biggest of them, that they might turn (and address themselves) to it. They said, ‘Who has done this to our gods? He must indeed be some man of impiety!’ They said, ‘We heard a youth talk of them: he is called Ibrahim.’ They said, ‘Then bring him before the eyes of the people, that they may bear witness.’ They said, ‘Are you the one that did this with our gods, O Ibrahim?’ He said: ‘No, this was done by, this is their biggest one! Ask them, if they can speak intelligently!’ So they turned to themselves and said, ‘Surely you are the ones in the wrong!’ Then were they confounded with shame: (they said) ‘you know full well that these (idols) do not speak!’ (Ibrahim) said, ‘Do you then worship, besides Allah, things that can neither be of any good to you nor do you harm? ‘Fie upon you, and upon the things that you worship besides Allah! Have you no sense’?” [Qur’an, 21:57-67]

“So naught was the answer of (Ibrahim’s) people. Except that they said: ‘Slay him or burn him.’ But Allah did save him from the Fire. Verily in this are Signs for people who believe.” [Qur’an, 29:23]

When caught and brought before the king, Prophet Ibrahim declared the power of his Lord in the open court:

“Has you not turned your vision to one who disputed with Ibrahim about his Lord, because Allah had granted him power? Ibrahim said: ‘My Lord is He Who give life and death.’ He said: ‘I give life and death.’ Said Ibrahim: ‘But it is Allah that cause the sun to rise from the East do you then cause it to rise from the West?’ Thus was he confounded who (in arrogance) rejected Faith. No do Allah give guidance to a people unjust.” [Qur’an, 2: 258]

Prophet Ibrahim left his father and the fatherland, and migrated to Egypt with his wife Sarah and he returned triumphant to Palestine with many gifts from the Egyptian king including a maid named Hajarah. Since Sarah was barren, Ibrahim married Hajarah who gave birth to a baby boy at his old age of 95. A jealous Sarah pressed her husband to take Hajarah away from her. On the Divine Guidance, Ibrahim took Hajarah and the new born Isma’il to a distant place (present day Makkah) in Hijaz. Prophet Ibrahim left his beloved wife and infant son in the barren valley with no greenery, water or human inhabitation and prayed for the prosperity and security of his offspring in this barren valley.

When the little amount of dates and water left by Prophet Ibrahim was over within few days, she felt thirsty and her infant son Isma’il was crying to death. She ran madly between the two nearby hillocks of Safah and Marwah looking for water. She ran seven times. The hills and hillocks echoed with her cries. This was an ordeal, a great ordeal of Allah. She cried again and again but called none except Him. Allah showered His mercy upon her and a forceful spring of sweet water gushed out near Ismail’s feet. She called it Zamzam and it is flowing at the same place for the last 4,000 years. Almighty Allah declared Safah and Marwah as His signs and ordained the pilgrims to run seven times between them like His devoted lady, Hajarah. Allah Almighty says:

“Behold! Safah and Marwah are among the Symbols of Allah. So if those who visit the House in the Season or at other times, should compass them round, it is no sin in them. And if any one obey his own impulse to Good, be sure that Allah is He Who recognise and know.” [Qur’an, 2:158]

Prophet Ibrahim returned a few years later to find his infant Isma’il an energetic boy. He was tested again. He saw in a dream that he was offering his son Isma’il as a sacrifice to his Lord. Isma’il was his only son at this ripe age. Having decided however to win His pleasure, Ibrahim told the son of his dream. Being son of a great soul, Isma’il immediately agreed, for this he said was ordained by Allah. Ibrahim took him to Mina (near Makkah) and as he laid Isma’il to slaughter him, his Lord awarded him with great pleasure and ransomed Isma’il with a ram sacrifice. This is the practice which is followed by all Muslims throughout the world as Eid-ul-Adha or the festival of sacrifice.

My good people! Hajj was started by Prophet Ibrahim. It is the perfect replica of the incidents and occasions of the life of Prophet Ibrahim and his family. Here I mention the main rites of Hajj and their relationship with this noble and respected family:

Islam is the religion of Prophet Ibrahim. This is mainstream of Divine guidance including all Prophets of Torah and the Bible. Judaism and Christianity are the offshoots of that one thread of divinity.

Dear brothers and sisters! Eid-ul-Adha takes place on the 10th day of the final month of the Islamic calendar, which is known as Dhul-Hijjah. This is the 12th month of the Islamic calendar. It is also the month that Muslims travel from all over the world to Makkah to perform the major pilgrimage called Hajj. This is the 5th pillar of Islam, which all Muslims are expected to complete once in their lifetime subject to conditions being met.

In following the footsteps of Prophet Ibrahim, all Muslims that are financially able to, sacrifice an animal. The animal can be a ram, sheep, goat, he goat, cow or camel. This is known as the act of ‘Udhiyyah’ meaning sacrifice in Arabic. For this reason, Eid-ul-Adha is commonly referred to as the ‘festival of sacrifice.’ The animal that is sacrificed is separated into three parts. One third of the meat from the animal go to the poor or vulnerable people. One third is kept for the family and one third is for the neighbours.

Meanwhile the actual Hajj pilgrimage rites occur on the 8th – 12th days of the month. After the Morning Prayer on the 8th of Dhul-Hijjah, the pilgrims would leave for Mina and stay in camps there. Typically, they will have completed Tawaf and Sa’ayi prior to the 8th. The ritual of Tawaf involves circumambulating seven times anticlockwise around the Ka’abah. Tawaf is then followed by sa’ayi, which is running or walking seven times between the hills of Safah and Marwah, located near the Ka’abah. Sa’ayi is the following the footsteps of Prophet Ibrahim’s wife Hajarah when she was left with Isma’il and found the blessed water of Zamzam.

On the 9th day, which is known as the day of Arafah, Muslims on Hajj will go to the planes of Arafah, praying for forgiveness and for all their needs. Muslims around the rest of the world will fast. After sunset, the pilgrims leave Arafah for Muzdalifah. Returning from Muzdalifah, the Pilgrims then spend the night at Mina. On the 10th of Dhul-Hijjah pilgrims perform symbolic stoning of the devil (Ramyil Jamarat) by throwing seven stones from sunrise to sunset at only the largest of the three pillars, known as Jamratul Aqabah. After the casting of stones, animals are slaughtered to commemorate the story of Ibrahim and Isma’il. On the same or the following day, the pilgrims re-visit the Sacred Mosque in Makkah for another Tawaf, an essential part of Hajj. The 10th night is spent back in Mina. The 11th and 12th is when pilgrims continue the stoning of the devil. Most pilgrims will leave on the 12th unless there is a valid reason preventing this.

During the morning of Eid-ul-Adha, a special prayer called Salatul Eid is recited in honour of the festival, ahead of the Zuhr prayer at noon. Dressing in fine clothes in celebration of Eid-ul-Adha, families and friends would get together sharing food and exchanging gifts.

This year 1442 AH/2021, due to the pandemic (covid-19), international Hajj has been cancelled again and only a limited number of pilgrims (60,000) resident in Saudi Arabia will be permitted to partake. Mosques are expected to be open for Eid prayer whilst maintaining social distancing, etc.

Lastly, dear brothers and sisters! The month of Dhul-Hijjah is nearly upon us! According to the Prophet Muhammad (Peace be upon him), the first 10 days of this month are a special time for devotion. This applies to all Muslims, not just those who are partaking in the pilgrimage.

All praises and thanks are due to Allah alone, Lord of the worlds. May the peace, blessings and salutations of Allah be upon our noble Messenger, Muhammad, and upon his family, his Companions and his true and sincere followers.