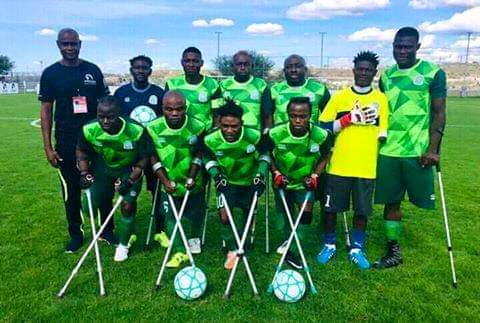 The team defeated El Salvador 1-0 to finish in third spot with three points on the Group E standings. Brazil and Russia are joint top on the log with seven points just as El Salvador finish bottom in the group with no point.

In their opening World Cup game on Sunday in the host city – Jalisco, the Eagles were defeated 6-0 by their Brazilian oppositions.

The spirited Amputee team gave a better showing against Russia on Monday but nonetheless suffered their second straight loss at the competition to the Europeans. The West Africans were defeated 3-0.

Against their modest El Salvador rivals, the Special Eagles came against all odds to record their first win in their maiden Mundial campaign, securing a 1-0 win over the North Americans.

The Eagles will next play their first classification match on Thursday.