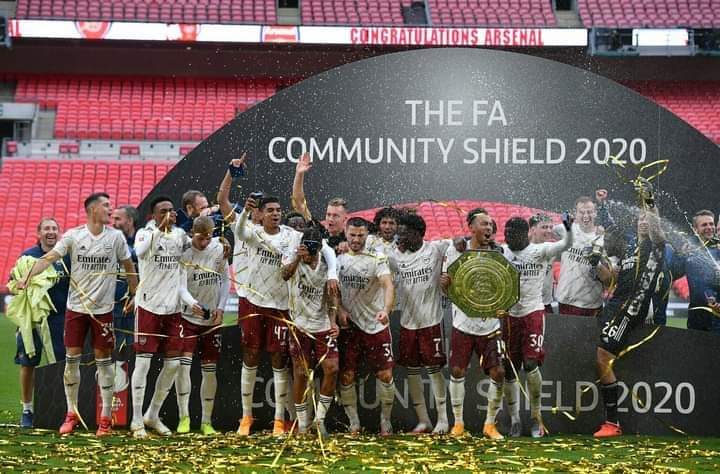 Arsenal on Saturday defeated Liverpool 5-4 on penalties to win the FA Community Shield.

Pierre-Emerick Aubameyang scored the winning penalty having opened the scoring for Arsenal early on before Takumi Minamino levelled things up on 73 minutes.

The Japanese international appeared from the bench and calmly slotted home after a bit of pinball in the box.

Extra-time was bypassed and Reds youngster Rhian Brewster, who was bought on with second to spare, missed the decisive spot kick with his effort smacking the bar.