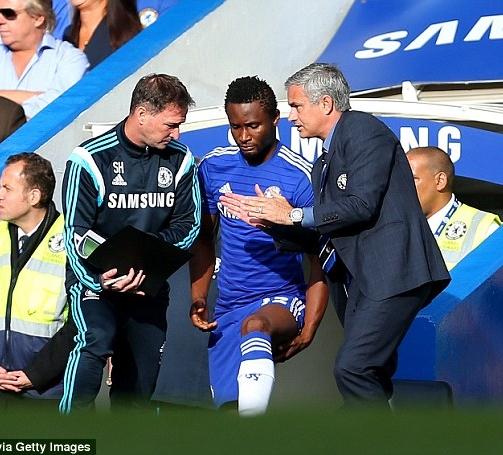 Mikel has often played an advanced role for the Super Eagles while he played a much deeper role for Chelsea successfully for close to 11 years.

The Nigeria captain, now 31, appeared out of sorts on Saturday playing behind lone striker Odion in the 2-0 defeat to Croatia in their Russia 2018 World Cup opening clash.

Mourinho, who signed a young Mikel for Chelsea in 2006 and converted him from an attacking midfielder to a defensive midfield, has agreed with those calling for the Tianjin TEDA star to be deployed in a deeper role.

On the Russian TV station RT, where he is working as a World Cup pundit, Mourinho said, referring to Mikel:

Read Also: Missing OOU Student And Her Boyfriend Found Dead After Going On a Date About A Month Ago

The Super Eagles, who have failed to advance the two previous times they lost their opening games, face Iceland on Friday needing a win to keep hope alive.