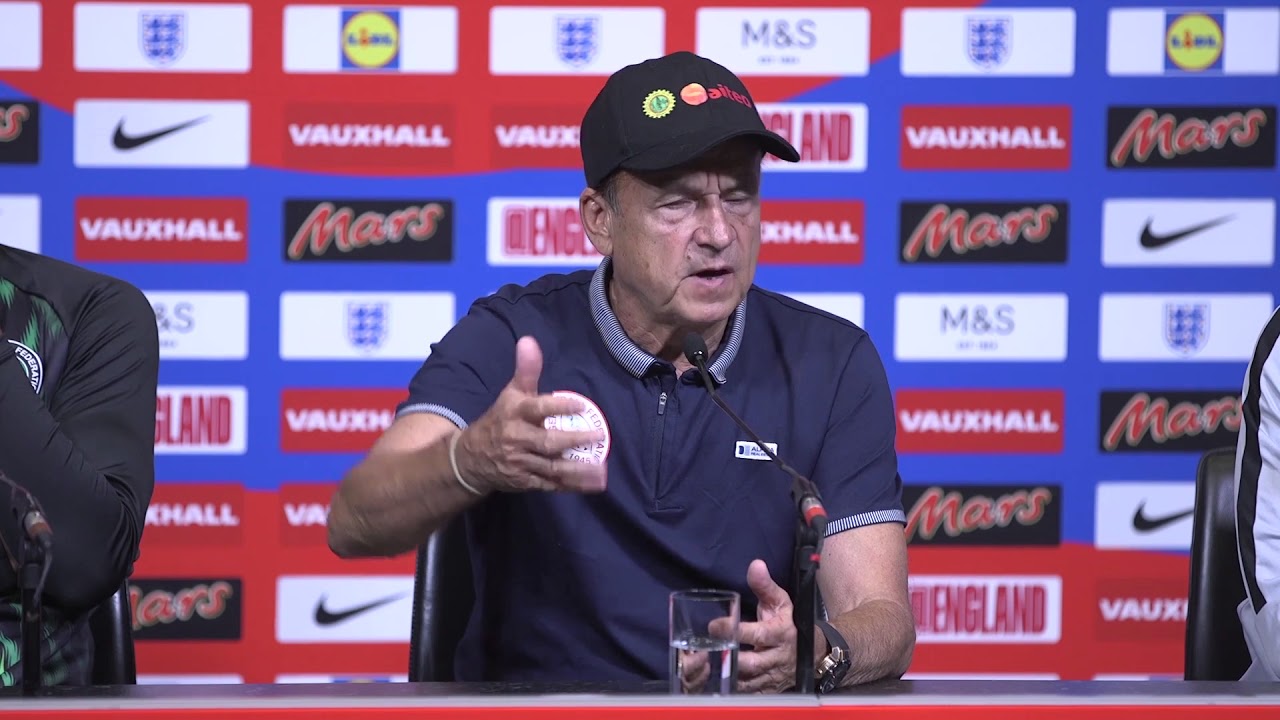 Super Eagles Technical Adviser, Genort Rohr. Super Eagles’ Head Coach, Gernot Rohr, on Saturday said the team’s 0-2 loss to Croatia in their opening match of Russia 2018 was due to “many mistakes’’. Rohr, while speaking at the post-match conference of the 2018 FIFA World Cup Group D fixture, said he and his players were aware they made some important mistakes during the game.

The News Agency of Nigeria (NAN) reports that in the match played in Kaliningrad, the Eagles lost through an own goal by Oghenekaro Etebo and a Luka Modric penalty kick.“We know we made some mistakes, too many important mistakes, and it is clear that we need to get better in order to move on,’’ the coach said. He said the entire team was disappointed at the result, adding that they needed to work on being professional with the set-pieces.

“Our organisation was good, that is clear just as the tactics were not wrong, but we need to be more professional in the way we take the set-pieces. We need to be better before our next game,’’ he added. Rohr, who admitted that the loss had made their task more herculean, said team captain Mikel Obi’s performance in the game was satisfactory just as he equally praised the defenders.

“Mikel has since I took over always been playing the way we deployed him today, and this has yielded results for us.“But, he couldn’t have done better than he did today, because of the quality of those he was playing against.

“He had Ivan Rakitic of FC Barcelona and Luka Modric of Real Madrid playing against him, and they are of good quality and playing for clubs bigger than that of Mikel who plays in China. “So, he really did well,’’ he said. On the 62nd minute substitution of Alex Iwobi, the coach said it was not done out of poor performance by the Arsenal FC player.

“Iwobi deserved his starting place, based on his performances in the last few days. He only had big work to do with the full back, and this took much out of him.

“However, he did well and I don’t think he shouldn’t have started the game,’’ he said. Rohr, however, assured that he and his assistants would go on to ensure the team was improved upon before their June22 date with Iceland in Volgograd. “We will improve because it is important for us. We have to get better in order to move forward,’’ he said.