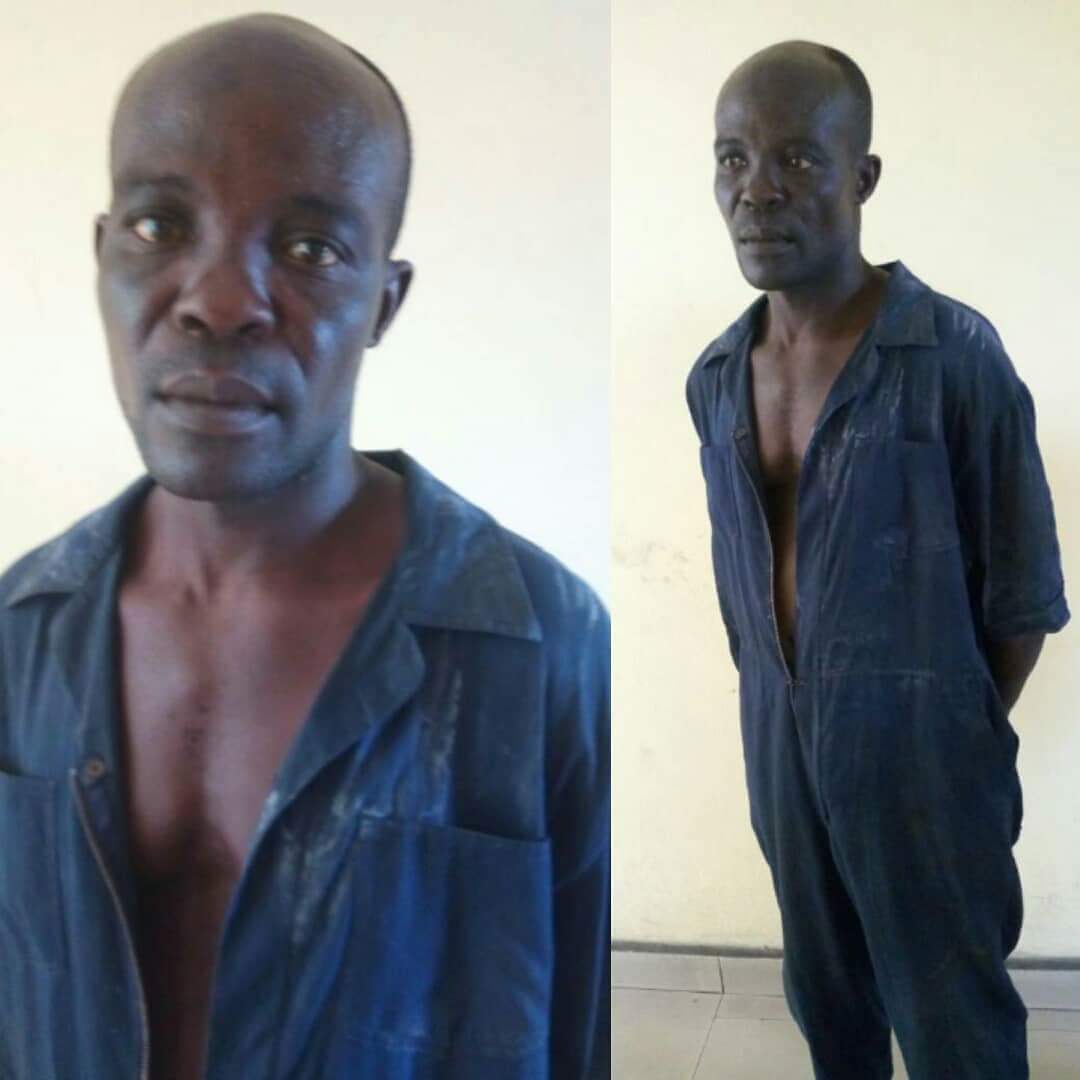 A Chief Magistrate’s Court  in Port Harcourt,  Rivers State presided over by Zinnah Alikor, has remanded in prison  a 41-year- old man, Michael Akpan Isaiah , for allegedly raping his four daughters,  who are  aged between  two, seven, 11 and 17.

The accused who allegedly committed the crime around sand field axis of Borokiri Sand  in Port Harcourt, where he was given a free accommodation by a philanthropist, is facing  three count charge of rape in Suit Number PMC/1977c/2018.

Parts of the count reads: “That you Michael Akpan Isaiah sometime in April, 2018 at Borokiri Sand Field, Port Harcourt within the Port Harcourt Magisterial District did have unlawful carnal knowledge of (Name withheld) without her consent and thereby committed an offence punishable under Section 358 of the Criminal Code, Cap 37, Vol. II, Laws of Rivers State of Nigeria, 1999.

“That you Michael Akpan Isaiah sometime in May, 2018 at Borokiri Sand Field, Port Harcourt within the Port Harcourt Magisterial District did have unlawful carnal knowledge of (name withheld) aged seven (7) years old and thereby committed an offence punishable under Section 218 of the Criminal Code, Cap 37, Vol. II, Laws of Rivers State of Nigeria, 1999.”

Inspector Onyishi Joshua is the prosecution in the matter, while Fortune Ada Ndah, an Executive of the Federation of International Women Lawyers, FIDA in the state, watched brief on behalf of the mother of the victims.

The accused who did not take plea in the charge against him because of the nature of the crime which if found guilty is punishable by life imprisonment, admitted to the court that he committed the crime but claimed he committed act under spiritual manipulation.

The FIDA representative in the matter, Fortune Ada Ndah, told the court that the accused has been forcefully sleeping with his daughters for the past three years.

She disclosed that at anytime the accused want to have sex with the daughters, he will first put them in pains by beating the victim very hard. She said it was after his son caught him in the act that the crime was made open and reported to the State Criminal Investigation Department.

Meanwhile, the presiding Chief Magistrate, Zinnah O. Alikor, described the act by the accused as an abomination, wickedness and devilish act.

She blamed the mother whom she also described as a victim, of not having close relationship with her children, adding that she (victim’s mother) would have dictated the evil act by her husband on her daughters a long time ago.

Alikor who declined jurisdiction to entertain the matter, ordered that the original case file be remitted to the Director of Public Prosecution for legal advise.

She ordered for the remand of the accused person in the prison custody and adjourned the matter till sine die.

Speaking with www.towncrier.ng  outside the courtroom, Fortune Ada Ndah, FIDA representative,  said medical diagnosis conducted on the four children proved that they have all been defiled.

She said  “FIDA will ensure that the matter is prosecuted appropriately to serve as a lesson to all those who are into such as well as those who intend to go into such crime.”