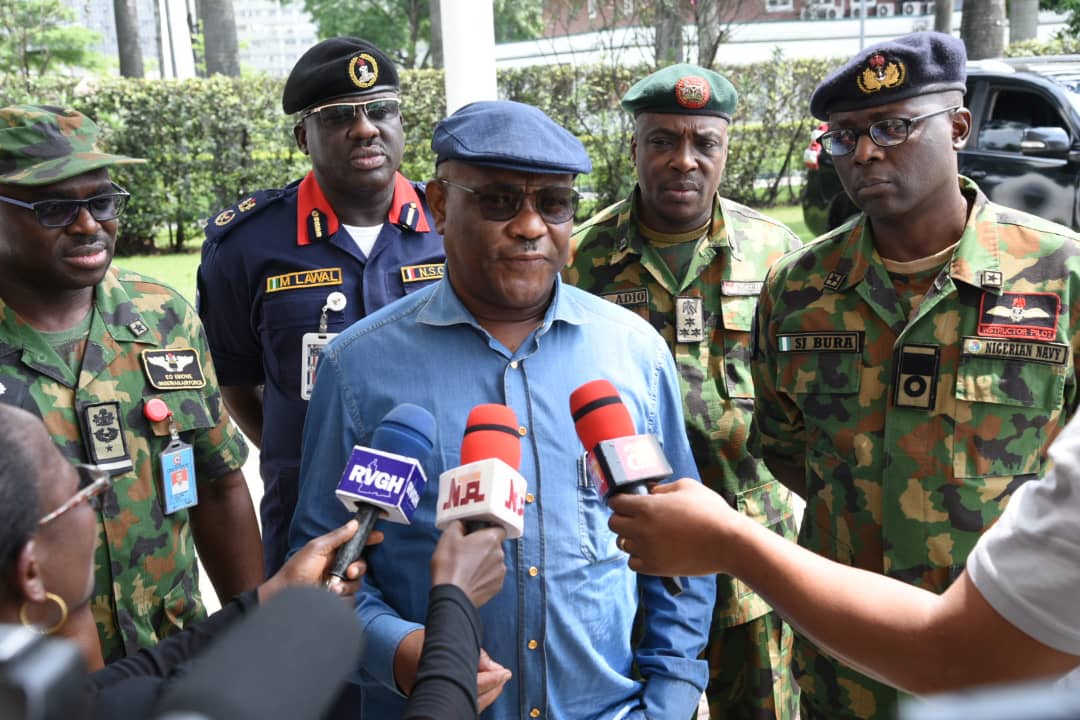 Speaking on Saturday after leading the State Task Force on Enforcement of the ban on Public and Religious gatherings to monitor compliance with the directive of the State Government, Governor Wike urged Rivers people to make sacrifices to ensure that the virus is contained.

He said: “We are satisfied with the level of compliance, even though there are those who thought that the closure of markets will not take effect from the first day.

“We will also go out tomorrow. After tomorrow, we will know if we will apply more stringent measures on Monday.

“What we are doing is to protect the lives of our people. Some people may talk about the inconvenience, but you must be alive to talk about food.

“This is the time everyone must make sacrifices. This disease affects the entire population. Whatever measures we bring out is to curtail the spread of this deadly virus.
“Today, we have gone round and we are happy with what we have seen. We will review tomorrow whether the Churches are complying with what we agreed on.”

Governor Wike said that his administration is taking very tough measures because Port Harcourt is a hub that attracts people from across the globe.

He said: “Port Harcourt is a hub where you have the oil companies and the rest of them. We have two seaports. It is a place where people like to come and do business.
“We think that the measures that we have put in place have checkmated the spread of the virus.
“While we pray to God for his intervention, we will continue to do our best to protect our people. “

The Rivers State Governor stated that the State Government will consider palliatives in the next phase of intervention, noting that the focus for now is to check the spread.

“When you talk of palliatives, you are aware that the Federal Government gave Lagos State N10BILLION as support. And so many people in Lagos have also made various donations.

“But in this state, we have not received a dine from any person. For the time being, people should make the sacrifice.
“The issue of palliative will be in the second phase,” he said.