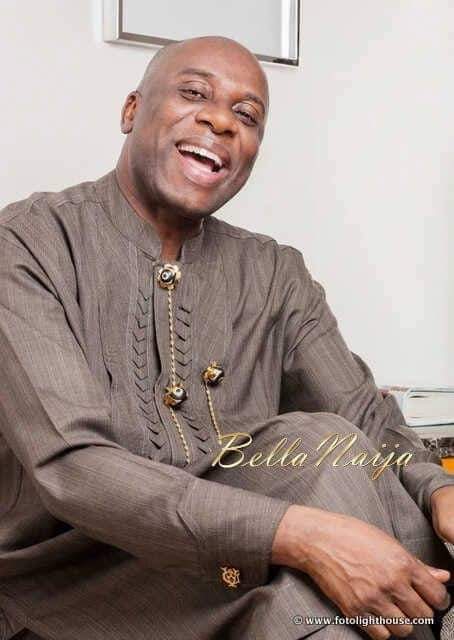 Amaechi to-be or not-to-be in 2023 race will be determined by God, Nigerians

… Explains what Amaechi said about graft in Jonathan, Buhari administrations

The deliberate distortion of facts of the comments made by former Rivers Governor and Nigeria’s Transportation Minister, Rt. Hon. Chibuike Amaechi, on the comparison of the spate of corruption and looting during the term of Jonathan/PDP and Buhari/APC, has continued to elicit reactions from the public, with a chieftain of the All Progressives Congress and erstwhile National Publicity Secretary of the defunct New People’s Democratic Party (nPDP), Chief Eze Chukwuemeka Eze, describing the ‘spicing of the comment with mendacious contents’ as an invention of skilled fabricators of falsehood working hand in glove with opposition elements.

In a statement made available to Media, Chief Eze said the prevarication peddling over social media platforms is a careful contrivance of the People’s Democratic Party, to discredit the Buhari administration, presenting a perverse version of the comment of the Transportation Minister as a brand to champion their lousy commodity which is of no known value in the marketplace of politics.

Narrating how he was bombarded with calls from enquirers who desired to confirm the veracity or otherwise of the monstrous lie paraded all over the media space, about Amaechi’s comment, the party chief said “my phone is reaching a level of crashing, with text messages and calls from friends, associates and opponents on what Rt. Hon. Chibuike Rotimi Amaechi, the erstwhile Governor of Rivers State and incumbent Minister of Transportation, actually said about corruption under the watch of Dr. Goodluck Jonathan and the present adminstration of President Muhammadu Buhari.”

He said others tried further to know whether Amaechi will run for the 2023 general elections.

“The media space has been awash with extravagantly fictitious insinuations by those who want Amaechi dead in the next minute and in my capacity as a great follower and watcher of the politics of Nigeria and for purpose of fairness to those that are terribly disturbed by the efforts of agents of darkness to run Amaechi down.”

Eze highlighted that Amaechi, in his statement said that many emergency billionaires emerged under the administration of Goodluck Jonathan because of unbridled corruption, noting that Ologbondiyan’s version of the comment is a clear case of distortion of facts and thus should be trashed as quickly as possible.

The statement from the People’s Democratic Party (PDP) partly reads;

“The Peoples Democratic Party (PDP) says the confession by the Minister of Transportation, Rotimi Amaechi, that stealing is going on quietly under the President Muhammadu Buhari-led All Progressives Congress (APC), vindicates its stand that the APC is a haven of thieves and treasury looters.

The party asserts that the confession also further confirms that the Buhari-led APC administration has been providing official cover for corrupt officials, who have turned government agencies to cash cows and Automated Teller Machines (ATM) for themselves, their cronies, family members and mistresses.

The situation as presented by Amaechi shows that ‘quiet stealing’ is a policy of the APC administration. This explains why the administration is heavy on propaganda and has failed to prosecute its officials and APC leaders openly indicted for corruption, but only resort to “easing out” such thieves with a pat on the wrist.”

In the said statement, Eze said the party made several other bogus allegations of corruption against the APC led Federal Government, many of which exists in the figment of their blurry imagination and thus do not qualify for a riposte here.

The party Chief however quoted the Transportation Minister saying that people who did nothing for a living turned billionaires under Jonathan because corruption had a fields day and remained unchecked until Buhari/APC came to power in 2015.

Amaechi said that while corrupt enrichment under the Buhari administration was not totally impossible, it was not as commonplace as witnessed under the previous administration.

“We are leaving quite a lot. When I talk to people, they mention railway, but I tell them to study the government to know that we have more than the railways.

“The first legacy, as a former chairman of the Governors Forum, I want Nigerians to be honest; can you openly take money in this government?

“I am not saying whether we are corrupt or not. Let us assume we are corrupt, can you openly take money in this government? In the past governments, what happened? You can take money in the streets. Corruption was so pervasive that nobody was talking about it. It was not hidden that people completely and openly displayed their wealth.

“Most of those who did that had nothing to do to show for it. They did not have a carpentry shop, but they were billionaires. They did not hide it; but here, if you are stealing, it is done quietly. I am not saying it is good, it is a sin punishable.

The true reflection of what Amaechi said is that under Jonathan, even those without a carpentry shop became billionaires. This is not dispute as the level of open stealing and corruption under the watch is still stands as unprecedented unless we are too forgetful. Examples abound including the former Minister of Petroleum, Mrs. Madueke, who has to claim to be attacked by cancer and has since claimed citizenship of other countries just to evade corruption charges.

Billions of stolen funds from our common patrimony have been recovered by the EFFC and sister Agencies. Even President Jonathan in one of his famous statements said that corruption is not stealing.

Eze appealed to media practitioners to always do their assessments properly in order to stern the tide of falsehood and always inform the people accordingly, adding that uncensored reports such as is being peddled by the PDP and their agents has the potential of battering the image of the country badly.

On the 2023 saga, Eze said although Nigerians across political, ethnic, religious and regional divides are wooing the Minister to run election, given his performances as Governor and now Cabinet member, Amaechi has not yet offered himself for any election because he is still a Minister under this administration and assigned to do a specific function for the benefits of Nigerians so for him to start been engaged in politicking will be seen going against his office as a Minister. Besides, Eze noted that if God, in His infinite mercy and wisdom prompts him to run for any election, the Minister is always at a ready to serve.

He said the fact that Amaechi is a great tool to fix Nigeria is never an issue, unless we are being unfair to the greatness of this man and his ability to make the difference in any task he handles. Therefore, let us give the Minister a breather and allow God and Nigerians to determine if he runs or not to run come 2023.

NDDC Audit Report: $14b Down The Drain, 362 Bank Accounts Uncovered