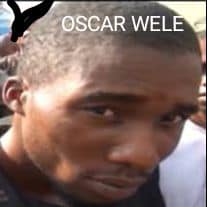 … Abduction, killing and cutting off the legs of a Siat staff at Ubima

The onslaught against alleged kidnap kingpins in Rivers state takes a new turn as the Chairman of Ikwerre Local Government Area of Rivers State, Samuel Nwanosike, has placed a Two million Naira only (N2 million) as reward for anyone who will give useful information that would lead to the arrest of one Oscar Welle, a suspected kidnap kingpin from Ubima community.

Mr. Nwanosike in a press statement issued after a security meeting in Council alleged that Mr. Welle is responsible for kidnapping and other criminal activities that is been carried out in the area.

The press statement also accused Mr. Welle of recently killing and cutting off the legs of Siat staff at Ubima, kidnapping a woman, her daughter and driver along Ozuaha/Omagwa, hijacking of a full loaded bus along Port- Harcourt/Owerri Road.

The Press statement further said that the security agencies have also launched a manhunt for the arrest of Mr. Oscar Welle.

As you may know Ubima, which is community of the immediate-past Governor of Rivers State and Minister of Transportation, Rt. Hon. Chibuike Rotimi Amaechi, has gained notoriety for kidnapping and other criminal activities.

“Such person with the useful information that will lead to his arrest is advised to relay it to the Council’s Chairman at the Secretariat, Isiokpo, and reward will be given instantly.”