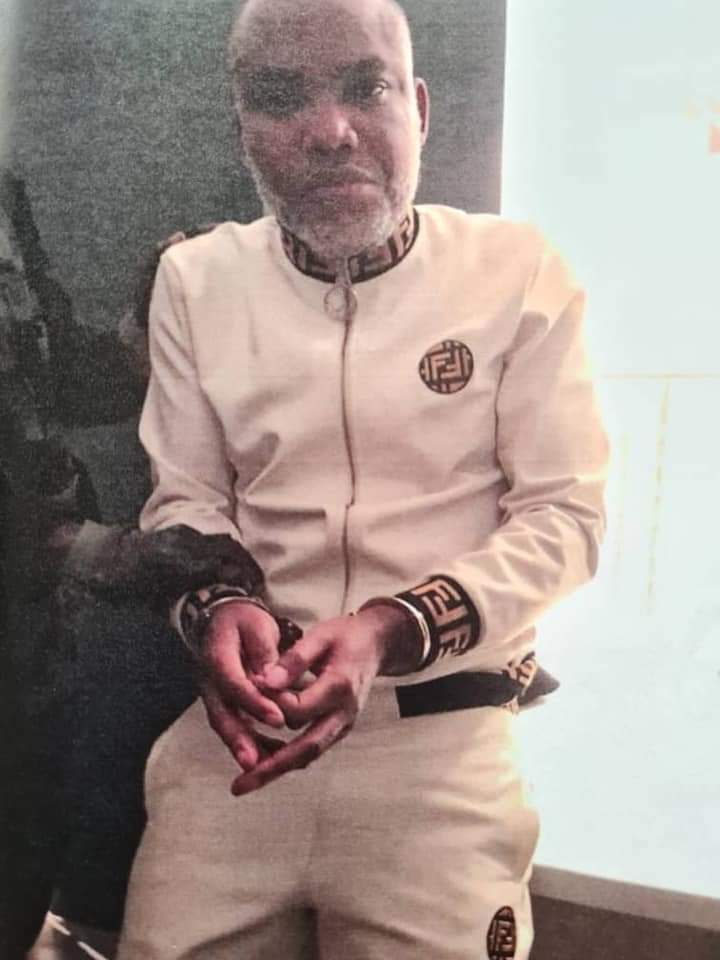 Reacting to his arrest, Archbishop of Enugu Provence, Church of Nigeria (Anglican Communion), Most Rev Emmanuel Chukwuma, welcomed his arrest and described it as good development.

The fiery cleric accused IPOB leader of jumping bail, adding that he didn’t appreciate Senator Enyinnaya Abaribe and others who secured his bail.

He said, “Rather, when he was abroad, he was instigating people to cause confusion. We warned him several times to stop that. It’s not only that; we felt that if you are a leader and you are part of the problem of Nigeria, you should come down here, so we can discuss with others on how to solve the problem.

Chukwuma, while describing Kanu as a weak leader, alleged that IPOB leader, “played into the hands of Nigerian Intelligence Agency, who set him up with a woman from London to Brazil, where he was arrested and then tranquilised to the point of bringing him to Nigeria.

“That shows irresponsibility. How can a woman and tranquiliser be a way of catching you if you are really a very strong leader? I feel disappointed in him because they lured him out of London to Brazil with a woman. It’s a shame.”

How Nnamdi Kanu Was Arrested In Czech Republic