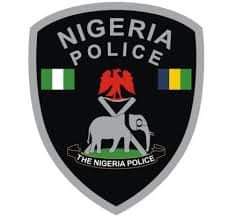 Police Rivers State has arrested two persons in connection with Monday’s cult clash between two rival groups at the Amadi-Ama roundabouts axis of Port Harcourt.Remember the Rivers State Police Command denied that anyone died during the cult clash in the wake of the incident but eyewitnesses had insisted that that one of the cult members was killed during their shoot out.

The Spokesman of the Command, SP Nnamdi Omoni had maintained that it was a keke rider that was hit by a stray bullet.Omoni shortly after the two suspects were brought to the command headquarters on Thursday, supervised the parading of the two suspects.

He clarified that one of them who gave his name as Prince Effiong accepted belonging to a gang but the Keke driver arrested along with him denied being a member.

The Police spokesman said efforts are still on to arrest the other fleeing members also added that the outcome of the investigation that will show if the Keke driver is innocent.

SP Omoni said one of suspected cultists on sighting a Police on patrol van at the Amadi-ama jumped down from his moving Keke and threw his pistol on the ground.

He explained that apprehended keke driver has something to tell the police as such he will not be released.

The suspect that confessed to belonging to a cult group, Prince Effiong has also promised to take the police to the family house of the suspect who took to his heels.

The two suspects have since been remanded in the police anti-cultism custody for further investigation.

3 Robbers Shot Dead in Gun Duel with Police, 9 Passengers Rescued after a Failed Robbery at Okehi