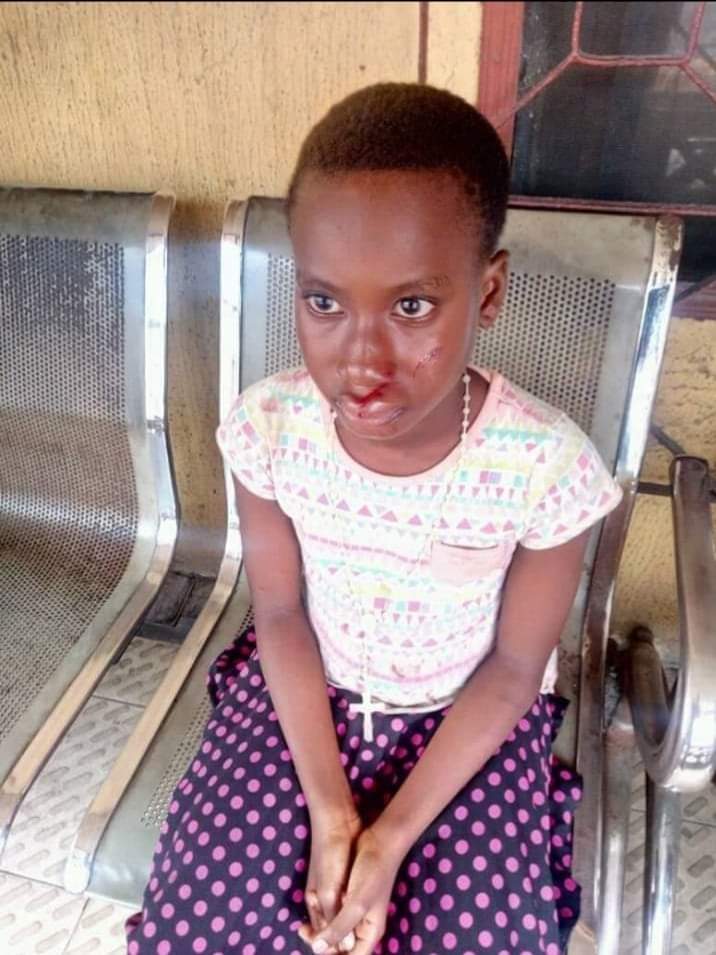 Police officers attached to the Trans Amadi Division of the Rivers State Police Command have arrested a lady who tortured and inflicted severe body injuries on her late elder sister’s daughter living with her in Port Harcourt.

According to the story which was brought to the public domain by Port Harcourt based journalist Allwell Ene,the nine year old girl (name withheld) who hails from Ebonyi state has been living with her late mother’s younger sister with her sibings, since her mother’s death. The little girl lost her mother at a tender age .

According to reports, her aunty ( her late mother’s younger sister) beats her everyday. “The girl eats beating as her breakfast, lunch and dinner”, the source said.

The mouth and covered body blistered by the Aunty.

The source further disclosed that the lady has other children living with her that are not her children. It was gathered that lady runs an Orphanage.

She was arrested by Police men fron the Trans Amadi Police Division, while the child has been kept in custody of the Police as investigation continues.

A concerned neighbour who does not her name published said, ,” Today she (the 9 year old girl) just came out of the house to sit at the corridor of the house. The lady came and started beating her since 8am, neighbours pleaded with her but all their pleadings fell on deaf ears…I couldn’t even take pictures of her back and other parts of her body that is badly hurt.. So just because she’s an orphan, she’s being maltreated like a slave, not only her but her little siblings too. Why is this world like this. If you can’t take care of other people’s children please stay off. This is so unfair”.

#Photo credit: Allwell Ene, Kpokpo news
Child abuse has been on the steady rise in the state capital since restriction movements in obedience to Covid-19 protocols.