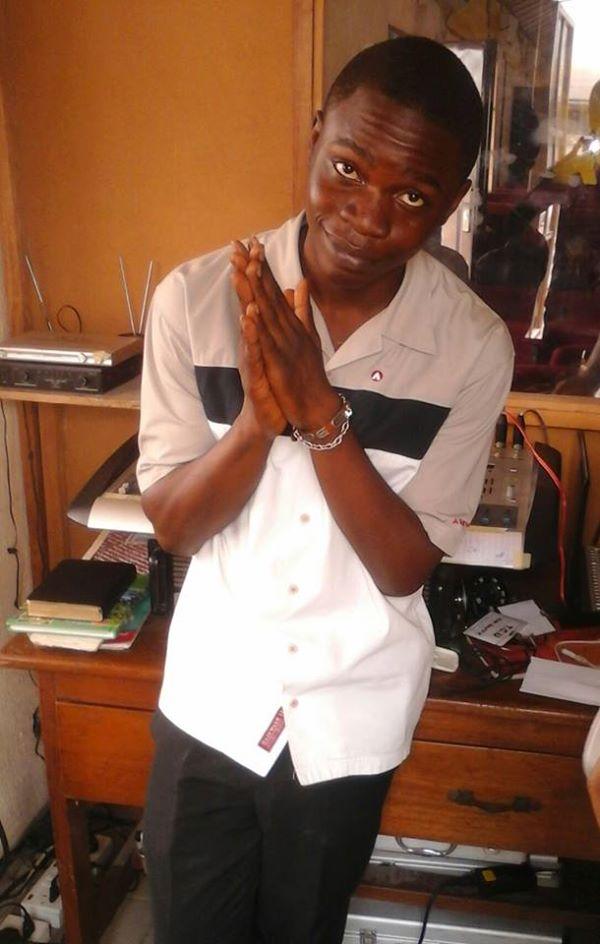 …Won Laurels for brilliance and creativity in Projects designs

… Family and students in rude shock

Friends and family of the late Prince Digbani, a final year  500 Level student of Electrical and Electronics department of the University of Port Harcourt, UNIPORT are still in shock as to the remote causes that led to him committing suicide by mixing pesticide suspected to be Sniper on Monday.

The late final year student who had won two bronze medals for creativity and innovation in Projects was described by his friends to be very brilliant. Lately, before his death, he was withdrawn but refused to confide in his friends about his problems.

His friends who were his neighbours in his off campus apartment in Aluu village, near UNIPORT said his demeanour changed on Monday and friends tried in vain to make him speak out about his burden but kept telling them “you won’t understand.”

His elder brother, Godsgift, said the family is in rude shock as to the immediate or remote of him allegedly committing suicide.

“Prince is very intelligent, he has won laurels for creativity in Electrical and Electronics Department in UNIPORT and almost becoming an Assistant Lecturer at the Captain Elechi Amadi Polytechnic, Port Harcourt. We are shocked and frustrated, we are disappointed. The family is looking up to the Police. There must be motive that propelled him to do this.

“We want to know what really happened that led to this tragedy that has befallen the family. We rely on the outcome of Police investigations.”

Another of his neighbour, also a student said when he noticed that Prince Digbani was behaving funny but despite pressures mounted on him to speak out about his burden, he refused. He only assured that he would ensure he delivered the Projects he was working on.

His body would be interred in his village in Bille, Degema Local Government area of Rivers State as his classmates and sympathizers gather to bid farewell to their former classmate who took his own life.

He is said to have complained to friends over his lack of fulfilment in life, he had always nursed the desire to end his life.

His friends said he had earlier told them of his intention to commit suicide adding that they strongly advised him against such thoughts and desires thinking he was joking and until such desires left him temporarily.

According to his friends, on the fateful day, he went home to his off-campus apartment and by 3:51 pm on Monday, started updating suicidal posts on his WhatsApp status as follows:

“Let’s start the count down together

“Come and pick them up in morning together with my body

They said they called him severally but he refused to answer as his updates became more worrisome.

His co-tenants said they heard scream and noise from his room and when they broke the door, they found him convulsing on the floor.

The neighbours said they gave him palm oil to drink after they found out he had taken a poisonous liquid pointing to what he had consumed.

They said he was subsequently rushed to the Lulu-Briggs medical centre where he was pronounced dead few minutes after.

Rivers State Police Command and the authorities of UNIPORT had not reacted to Development at the time of filing this report.