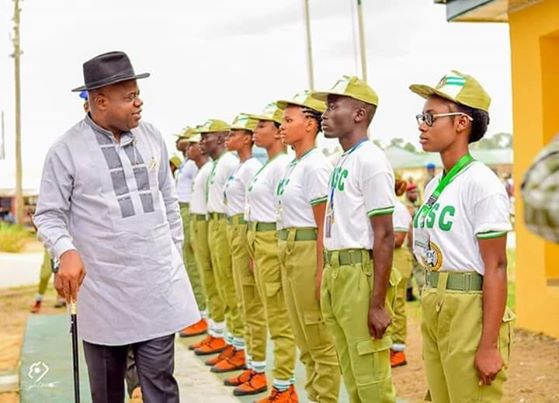 Senator Douye Diri stated this during the swearing-in ceremony of the 2020 Batch “A” Stream one Corps members at the temporary Orientation Camp at Kaiama in Kolokuma/Opokuma local government area of the state.

Senator Douye Diri assured of his government’s determination to tackle challenges facing the scheme as he charged the Secretary to State Government, Konbowei Benson to ensure the immediate completion of the NYSC permanent site and provision of water and power plant at the temporary site.

The state chief executive also enjoined the Corps members to take advantage of the opportunity and contribute their quota to the development of the state and nation at large, adding that his administration would provide the enabling environment for them.