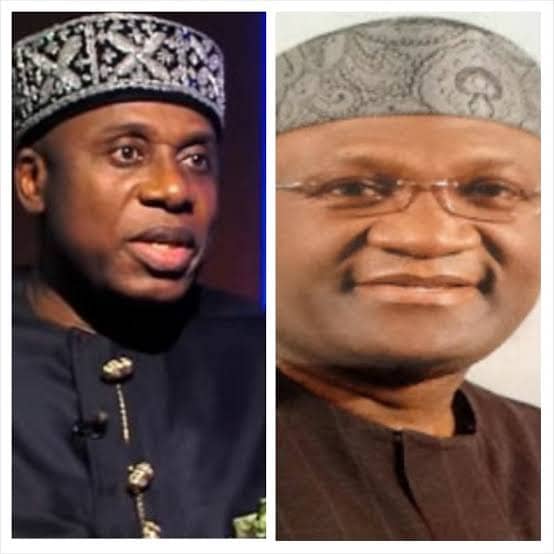 In reaction to most misgivings, ridiculous and laughable stands by some people mostly politician’s like Eugene Abels and his likes about the genealogy, bond and relationship between Ndi Igbo and most of the States in Nigeria, I consider it wise and imperative to educate not only such characters but most Nigerians as we approach the magical year of 2023.

For avoidance of doubt, I am a B.Sc Mkt; MBA, M.sc ( Marketing and strategy) Ph.D. ( Business Strategy and marketing) holder and also a member of several professional bodies in Nigeria and abroad and a very senior banker. I mostly consult/ advice major companies as well as some politicians on Competition strategies doing scenario analysis/ extrapolation and projections. This qualifies me as a stakeholder in the project Nigeria and entitled to correct some misguided and erroneous facts about our country, Nigeria.

Before I formally commence on this treatise, let me reiterate that this study or attempt was influenced by the recent but failed attempt by one Eugene Abels to castigate and denigrate Rt. Hon. Chibuike Rotimi Amaechi erstwhile Governor of Rivers State and incumbent Minister of Transportation and Ndi Igbo in general.

Unfortunately all they are spouting is based on envy and jealousy for the Igbo or against Amaechi. Yet they have exposed how ignorant and empty they are.

But some of us cannot all be ignorant as they are, we know our history and if they don’t know theirs let them go and ask their village people. Their struggle to redefine Ndi Igbo is simply out of jealousy and determined hatred that has led such characters to become meddlesome interlopers.

To start with, South South, South East, South West and all what not are political divisions, they are not ethnic delineation. Again don’t be ignorant to think that Niger Delta is ethnic, it is topography delineation. Within that topography we have Igbo and other tribes. Just try and get good education on how a delta is determined, it is not based on ethnic composition.

Again these ignorant elements need to know that there are Yorubas in Kwara, Kogi, Edo and even some with ancestral Yoruba background in delta state.

Furthermore they need to know that states were not created absolutely on ethnic groupings. States like delta, edo, rivers, kogi, cross rivers, akwa ibom, plateau, kwara and many others inhabit many ethnic groups.

Yet, even within tribes there are dialectical differences but ethnic origins are the same.

Hence, I will advice those empty heads to go and look for the history of their people and stop telling other people their own history when they know nothing about them.

At best these ignorant elements are part of the new generation of deluded characters who’s only occupation is to continue to undermine the Igbo nation out of envy and jealousy that led to the Igbo pogrom and orchestrated campaign to divide to Igbo after slaughtering them from 1967 to 1970.

To even show how shameless and hypocritical they are, they are quick to refer to 1966 coup as Igbo coup because of Nzogwu. But shamelessly forget that Nzogwu is from Okpanam in present day Delta State. Because it suits their wicked narrative aimed to undermine the Igbo nation they shout Igbo coup but when that narrative meets with their greed for oil delta they tell you Igbo is not Niger delta.

But let me make it abundantly clear to such liars and ignorant elements that are not qualified to help Chibuike determine his origin. Their propaganda is cheap and ignorant. The man knows whom he is and he understands the orchestrated campaign to divide the Igbo nation after the war. And it was understandable that after the war various components of Igbo nation sought for survival but they are not ignorant of whom they are. Politics apart.

In case these elements don’t know their tribe’s components we know ours and their hatred, divisive orchestrations and envy will not change it.

For their information South East of Nigeria is not the only indigenous people of Igbo. See below:

EDO STATE
10) Igbanke/Igboakiri
In fact most people do not even know that Arch Bishop Benson Idahosa and his wife are Igbo from Igbanke in Uhuonde Local Government area of EDO state that was formerly in Orhionwon LGA .
The mother of the late Samuel Odaigbovo Ogbemudia is Igbanke!
Most indigenes of this town just like Ika people bear hybrid names that most often could just jolly well pass as EDO because of their names like Nduka Irabor, Jim Ovia, Omorogie Nwawanne, Collins Edumaruse etc

BAYELSA STATE
16) Osekwenike, Abuetor and Eke Okpokri villages, all in Sagbama area of bayelsa, are all Igbo of Ukwuani stock, and as such, are of the Anioma igbo clan of the Igbo ethnic group in BAYELSA

BENUE STATE
19)The Igbos in Benue State particularly those in Ado, Oju, Obi and Okpoku LGAs of the state were in existence before the advent of Christian religion in Nigeria.
The Igbo found in Benue are: Umuezeokoha, Umuezeoka, Oriuzor, Umuoghara, Amaekka and Amaezekwe all in Ezza communities, Izzi, Ezzamgbo and Effium, these are the people who would have been in present-day Ebonyi State but due to the fact that the Nigerian government then carved them into Benue in order to suppress the population of the East. Apart from the Ezza-speaking clan, particularly the people of Umuezeokoha that has over 300 villages, if you are to calculate the number of Igbo-speaking villages in Benue State, outside Umuezeokaoha, you would be talking altogether about over 600 villages. Three of the biggest markets in Benue are all in the Igbo-speaking part.
The markets are Inikiri Ichari, Iddah, Iduokpe.
There are also some Igbo speaking Idoma towns in Benue State.

Go and learn your history and stop meddling in other people’s affairs. Chibuike Amachi is Igbo, we are all Igbos and we know ourselves.

Dr. Ugo Ugorji is a Historian & Social Critic based in Port Harcourt and can be reached through:0805 439 6416, ugo_ernest@yahoo.com

June 12: FG Invites Soyinka, Nwosu, Onanuga, Others To Conferment Of GCFR On Abiola