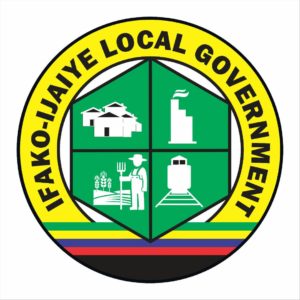 Talk one of the Local Government Areas in Lagos State with a vast landmass and massive population, then Ifako Ijaiye Local government area easily comes to mind. The local council has, in the past produced fantastic and energetic leaders who were loyal to the cause of the ruling political class in the state. Right from its foundation by the military regime of General Sanni Abacha on October 1st, 1996 alongside 183 other LGAs in the country, having been carved out of Agege Local Government Area, Ifako Ijaiye has produced many devoted party members and chieftains who never thought of betraying party leaders and manifesto at any point in time. Politically, Ifako Ijaiye LGA has churned out top voting scores for all the progressive political parties in Lagos State since the inception of the present democracy in 1999.

It could be conveniently said that the LGA is rated as the third highest producer of voters for the Action Congress (AC), the Action Congress of Nigeria (ACN) and the All Progressives Congress (APC) right from the country’s 20 years foray into new politicking. The people of Ogba-Ijaiye, Ifako, Oke-Ira, Iju-Ishaga, Obawole, Iju-Ogundimu, Fagba, parts of Agege Pen Cinema among others.

However, it baffles a sound political mind to know that a local government in the calibre and class of Ifako Ijaiye amongst her peers in Lagos State could not boast of a single personality to represent the LGA as a Commissioner in the recently announced slots by the Lagos State government under Governor Babajide Sanwo-Olu. The painful aspect of this fact is that, even the national Leader of the ruling APC, Asiwaju Bola Ahmed Tinubu kick started his political career in Ifako Ijaiye LGA before emerging the governor of Lagos State and thereafter the national leader of the party. It is also equally alarming that Ifako Ijaiye, with her enormous financial and IGR contributions to the coffers of Lagos State deserve this under-estimating treatments from those in charge of the selection of Commissioners to run the affairs of Lagos State with Governor Sanwo-Olu.

It could be recalled that Ifako Ijaiye has no presence at the federal level as at now as both the Senate and House of Representatives slots are not from the LGA. It is also a known fact that some of the political leaders of Ifako Ijaiye Local Government who have served in one capacity or the other in the LGA have their business concerns tucked within the council where they employed thousands of Lagosians and Nigerians who made their livings in these companies. Therefore, there is no doubting the fact that Ifako Ijaiye LGA has done enough to deserve good and mutual treatments from political leaders of the progressive’s party in Lagos State.

Sadly, despite the huge contributions of Ifako Ijaiye to the proper and adequate governance of Lagos State, there is no tangible or visible infrastructure in the council. Several internal and hinterland roads in Ifako Ijaiye LGA are begging for the attention of the state government. The only roads touched in the areas could be likened as major roads which are enjoyed mainly by people who are not residents of Ifako Ijaiye. The internal roads are most needed by the people of the LGA and these roads a presently suffering brutal negligence by the government. One could hardly spot a street in Ifako Ijaiye with durable and motorable road network despite the massive turnout of the people of the LGA to vote for the ruling party before and during the 2019 governorship and national assembly polls. They also applied the same loyalty to APC leadership at the presidential elections in Lagos State.

It is however surprising that governor Sanwo-Olu could ignore Ifako Ijaiye Local Government in the appointment of Commissioners in the state. This issue should not be taken for granted and swept under the carpet if the All Progressives Congress (APC) wants to continue enjoying massive support and votes from the good and peaceful people of Ifako Ijaiye Local Government Area, one of the highest producer of votes for the party in Lagos State.

It is worrisome that for 20 years (since 1999), Ifako Ijaiye Local government area has not been deemed fit for the positions of SSA out of a 100 possible slots, board of parastatals and agencies and many other top government posts necessary to attract the needed and most craved developments and growth into the council. This is also a clarion call to the listening governor Babajide Sanwo-Olu to know that Ifako Ijaiye is home to many prominent men and women who are politically savvy with lucrative businesses they oversee. It is therefore, high time for the state government to look properly into this matter and find a lasting solution to the exemption of Ifako Ijaiye from top political slots that would be to the benefit of the people of the council area and encourage them to wholeheartedly give their votes for the ruling party during subsequent elections. It is also pertinent for the governor to be aware that whenever he is conducting his next cabinet shuffle, he should consider Ifako Ijaiye for necessary slots.