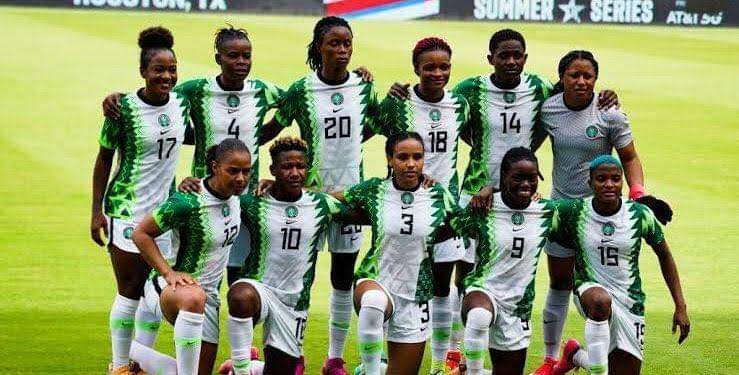 Mr Sunday Dare, the minister of Youth and Sports Development,  has saluted the gallant and spirited play of Nigeria’s Super Falcons after their game against the Moroccan women’s team in the second semi finals of the African Women Cup of Nations.

The sports minister praised the super falcons saying , “Your resilience, character, and management of the game must be commended. I salute your doggedness, commitment and fighting spirit. For holding the Moroccans in front of over 45,000 capacity crowd you have once again displayed the never say die attitude of true Nigerians.

“Even when down to nine players after those red cards, you held your own. You are our champions. Nigeria is proud of you.

“It was a match I followed very keenly and I am so proud you displayed the Nigerian spirit. I am proud of this team, even in defeat”.

The nine times champions bowed out gallantly with pride, losing 4-5 on penalties to hosts Morocco, after playing majority of the game with nine players as midfielder Halimatu Ayinde and striker Rasheedat Ajibade were given marching orders in the second half for dangerous play.

The Super Falcons will square up the She-polopolo of Zambia on Friday, July 22nd in the third place match of the tournament.