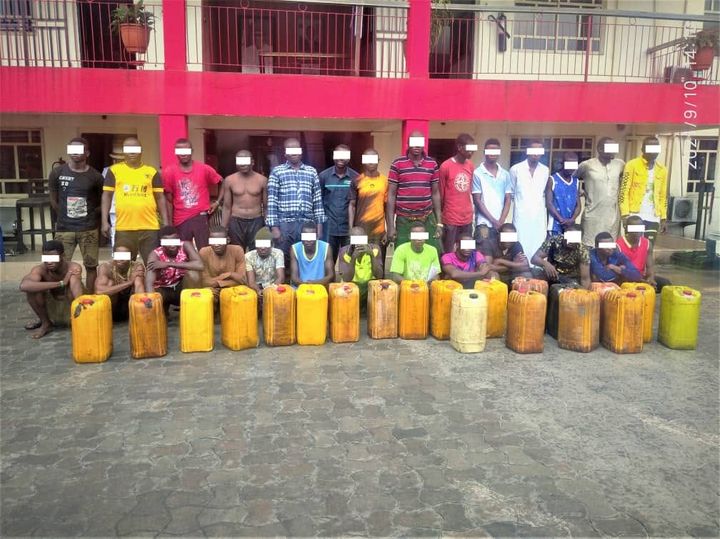 The oil bunkerers were arrested in a random raid conducted by the EFCC, based on verified intelligence on their alleged illegal oil bunkering activities. In the course of the arrest, large quantities of products suspected to be illegally- refined Automotive Gas Oil (AGO) were found with them. Twenty (20) jerry cans and 25 litres of the products, stored in drums and tanks, ready for onward transportation to various locations, were intercepted.The suspects would be charged to court as soon as the investigation is concluded.