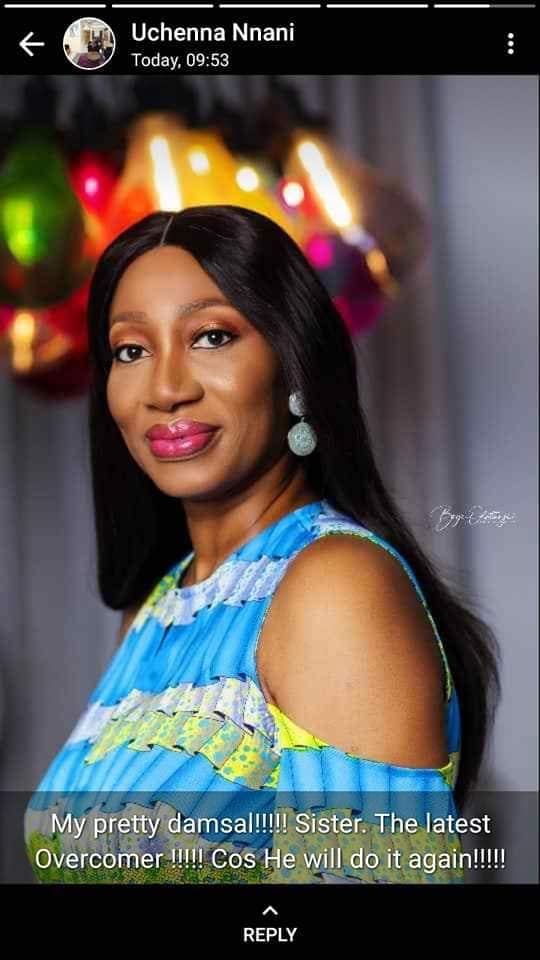 The celebrity circuit in Port Harcourt and its environs few weeks back lost one of its own pretty looking, youthful and adorable Mrs. Adaobi Nnani who passed away after a protracted illness which may not be dissociated with Breast Cancer.

The Management of keystone Bank Plc On Wednesday, 11th of December, 2019 announced on page 42 of Nigerian edition of The Guardian Newspaper the unfortunate demise of Mrs. Adaobi Nnani a top staff in charge of Regional Engagements/Support in Transaction and Electronic Banking Division where she was Deputy Manager and Department Head.

At Port Harcourt where she was popular among female socialites, her death reverberated so much that the social media was awash with comments from sympathizers and friends who described her as meek and goal-getter as a trusted hardworking female banker. The most touching comment was that placed and signed by the Executive Management of Keystone Bank which states thus “With a heavy heart but with gratitude to God for a life well spent we regret to announce the passing away of our sister, friend and colleague Adaobi Nnani after a prolonged illness. Adaobi Ifunanya Nnani the Oguta Imo state born banker was a Deputy Manager and department Head- Regional Engagements/Support in Transaction and Electronic Banking Division. May her gentle soul rest in peace”.

She was a worshiper and Parishioner at House On-The Rock Church Port Harcourt and her calm and gentle disposition has been talked about by her admirers and customers who must have lost a great female banker whom approached her duties with human kindness and professional acumen since she joined defunct Bank PHB which transmuted into Keystone Bank Ltd.