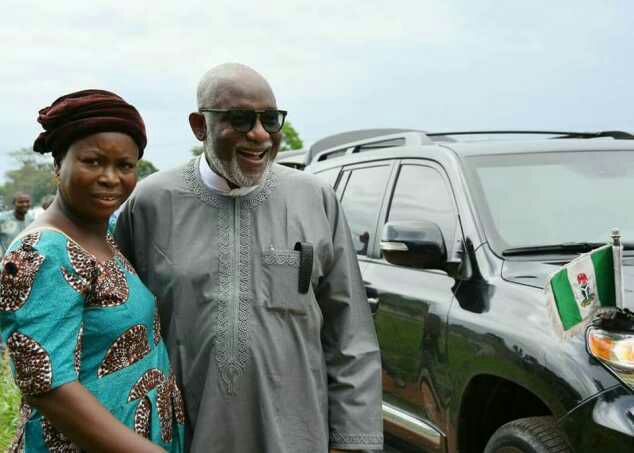 Today, the prayers of a popular snail seller, Iya Dare Onigbin at Owena, Igbaraoke in Ifedore local government area, Ondo State – was answered after meeting one of her customers who is now a governor.

When early today it was drizzling in parts of Igbaraoke, little did Mrs. Funmilayo Osunla, know that the rain was a positive omen at meeting one of her long time customers who is now the governor in Ondo State.

According to reports, the snail seller had thought any effort put into retaining Arakunrin Oluwarotimi Akeredolu, SAN, as customer might not materialise for obvious reasons. But, like a loyal customer, Governor Akeredolu, turned up at Iya Dare’s stall after a long break.

And so it was a miracle of her life to have the governor’s convoy pull up to patronise her again!!!Though the embrace was deeply warm, hugely intense and ecstatic for her; the empowerment and blessing that followed was nonetheless transforming!

It was indeed, one of those days that would for a long time, remain unforgettable in both the family and business lives of Madam Osunla as the patronage would help boost her snail business beyond her wildest dreams.