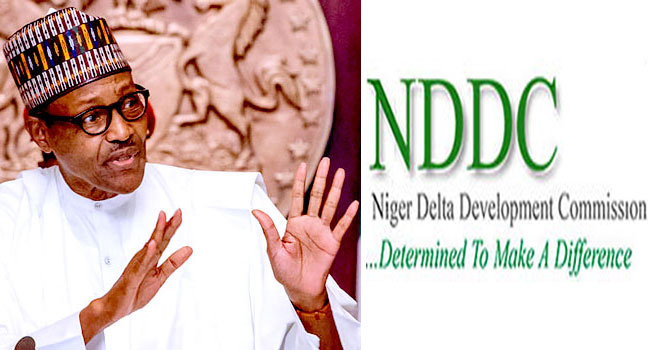 With the submission to the Senate of the list of nominees of the new management Board of Niger Delta Development Commission-NDDC in defiance of the pending 25 law suits going on against the inauguration of the newly announced nominees, it has been uncovered that there is continuous agitation by various groups in the Niger Delta region making various efforts to thwart the inauguration proper.

By the time you digest the aggregate of the agitations you have it that all is centered on the disagreement over the list of nominees from Edo, Delta state for Chairman and Managing Director/Chief Executive Officer and that of the Board as published by the Presidency and now being screened by the Senate. And this group under the aegis of “Concerned Citizens of Niger Delta” who through open Letter to President Muhammadu Buhari signed by one Enibraye Friday Fewowei from Bayelsa state and others stated that “section 4 of the NDDC 2000 ACT which states ‘Office of the Chairman shall rotate among the member states of the Commission in the following alphabetical Order: (a) Abia (b) Akwa Ibom (c) Bayelsa (d) Cross River (e) Delta (f) Edo(g) Imo (h) Ondo (I) Rivers, that Cross River has finished its tenure as chairman and that it is the turn of Delta state to produce the next chairman and not Edo state.

“The Act in section 12 states ‘a Managing Director and two Executive Directors who shall be indigenes of Oils areas starting with member states of the Commission with the highest production quantum of oil and shall rotate among member states in Order of Production.” The group said further that “upon establishment of the Commission according to the dictates of the Act, Abia state produced the first Chairman and Delta state being the highest oil producing state then produced the first Managing Director who was succeeded by another indigene of Delta state for a second tenure. Bayelsa state has only occupied the position of the Managing Director for two years while Rivers and Akwa Ibom states have taken their one tenure turn each. It is therefore consistent with equity, good conscience and Law that the position of Managing Director goes to either Bayelsa being the next in Oil Production. Rivers or even Ondo state which is supposedly next in line and has not produced any Managing Director. Those who are insisting on Delta state producing the next Managing Director are acting on script to cause disaffection in the region and must be resisted. Even in Delta state, other oil producing areas are Ijaw, Itsekiri and Anioma are vehemently protesting against the nomination of an Urhobo as they are insisting that executive Positions due to Delta State should be rotated among them. Edo state should wait for its turn after Delta state produces the Chairman. NDDC should not be used to settle the personal needs of party big wigs to the detriment of the region.”

READ ALSO: AKIN FAKOREDE REPLIES TOWNCRIER.NG “I AM IN THE NORTH ON SPECIAL DUTY”

With conclusion of the screening of majority of the Presidential nominees all is set for the inauguration soon while the interim Management committee remain in place to set the stage for the smooth take off of the new management Board to be led by Pius Odubu as chairman.