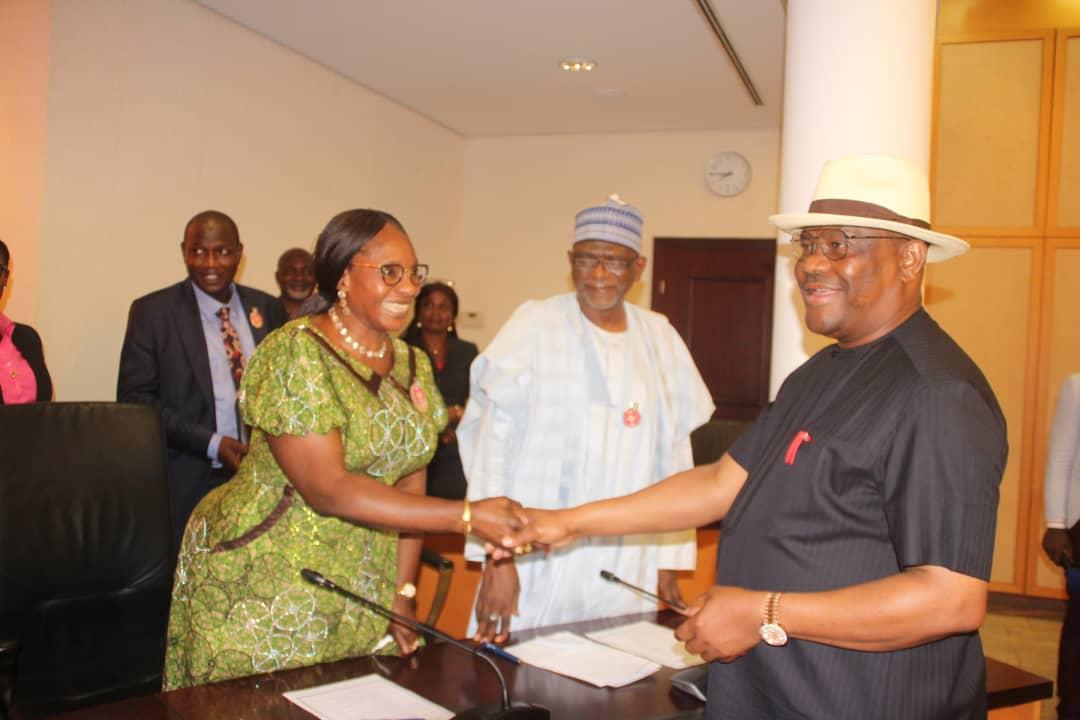 Rivers State Governor, Nyesom Ezenwo Wike has stated that the time has come for unnecessary politics to be relegated and governance enthroned for the good of Nigerians.

Speaking during a Courtesy Visit by the Ministers of Education and Women Affairs at the Government House Port Harcourt on Wednesday, Governor Wike said that Nigerians require good governance for development.

He said: “Leadership is not party affair. Leadership is about the people. It is about development. For now, governance is what our people require.

“We should relegate politics to the background. Political parties as vehicles take us to a certain point for us to disembark and face governance.”

He said rather than politicise the development process, focus should be on how to move Nigeria forward.

Governor Wike said that Rivers people are not happy with the high level of marginalisation against the State. He said with the conclusion of elections, Rivers State should benefit like other states.

“Honourable Minister, when you go back, inform Mr. President that the people of Rivers State are not happy with the high level of marginalisation. Rivers State should benefit from projects like other states of the Federation”, he said.

He warned against any attempt to run a one-party state.

“We cannot run a one-party State. If we do that, the country will collapse. You cannot take every state. It is not possible “, he said.

Governor Wike said that even though he wished that President Muhammadu Buhari lost the last General Election, immediately the court pronounced him winner, he was left with no option but to congratulate him.

He thanked the Rivers State Governor for his total support for the sustenance of Federal Government agencies operating in Rivers State.

He said that the Rivers State Governor left indelible marks at the Federal Ministry of Education, which the current management has struggled unsuccessfully to surpass.

He praised Governor Wike’s brand of politics, which is devoid of bitterness. He specifically lauded the Governor for congratulating the President on his victory and also being on ground to welcome President Muhammadu Buhari when he returned from a medical leave.

“You play politics with fairness and without bitterness “, he said.

Acquisition of OML 11: Governor Wike says he will protect the interest of host communities

Some Pensioners in Rivers Protest After Seven Days Ultimatum