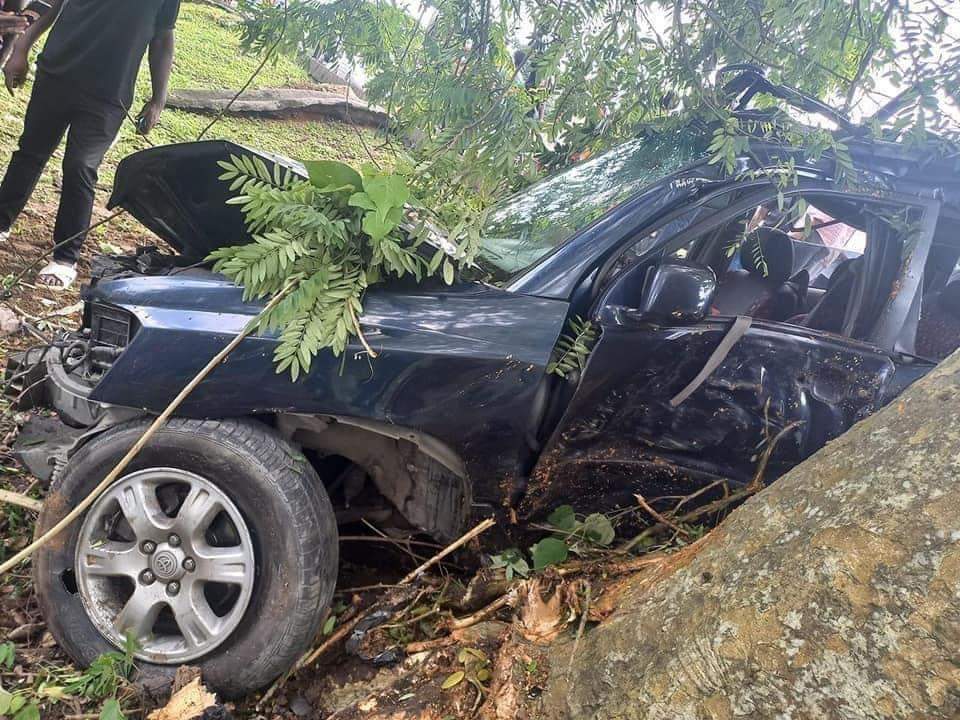 The death of a woman chasing her husband and his mistress in a road crash has been eliciting varied reactions from social media users.

According to reports, the accident happened on Sunday along the Murtala Muhammed Highway in Calabar. The deceased was the sole fatality in the accident.

Photos and video from the accident showed that the car veered off the road into a ditch and that passers-by brought out the woman from the car.

Following the incident, there have been mixed reactions from social media users.

A Facebook user, Ogochukwu Nnaji, addressed women saying, “Let me share so women would be more careful and see that it isn’t worth it in the end. RIP to her.”

“One question: if she chased him and caught him, what would she do next? The devil is so wicked that he manipulates the thoughts of humans. Please let’s all control our emotions” Another Facebook user Ejinkeonye Chiamaka said.

A tweep, Icy Rosse, slammed those who claimed the woman overreacted. She said, “She overreacted yen yen yen until you find yourself in the same position & adrenaline pumps into your brain & you become consumed with rage & lose every sense of reasoning bcos why the hell is your life partner betraying you especially if you’ve been faithful? Why didn’t he leave?”

Ifeade_Lu tweeted, “I’m not losing my life for no useless man. A good man will never put you in a position where your kids will watch them lay you to rest! May him and his side chick know no peace. It’s not hard. If you’re not happy, leave don’t cheat. Only cowards cheats.”