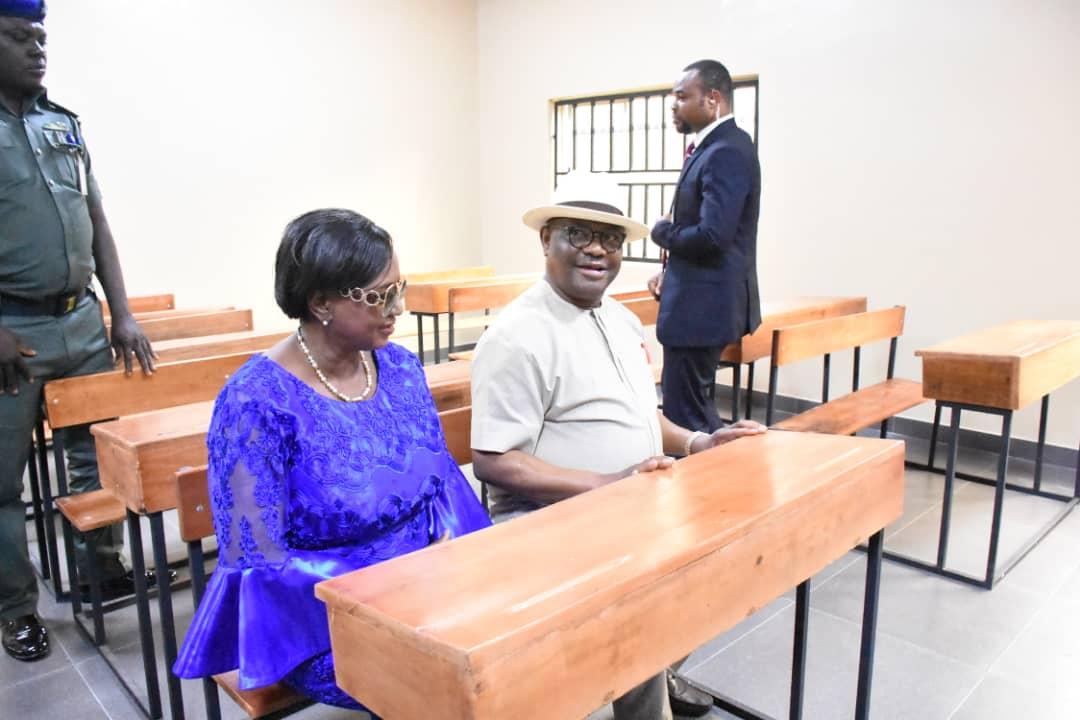 In line with his commitment to empower youths through vocational training, Rivers State Governor, Nyesom Ezenwo Wike has revived the Government Craft Development Centre,  Port Harcourt,  bringing  the training facility back on stream as part of his first 100 days for his second term.

Commissioning the re-branded school on Tuesday in Port Harcourt, Governor Wike said that Technical and Vocational Training remains one of the surest ways of reaching out to thousands of Rivers youths.

Governor Wike announced that the State Government has contracted Julius Berger to construct standard training workshops for the education of the students.

“We must develop middle level manpower.  That is why we have repositioned this school to groom technicians in the state.

“We have contracted Julius Berger to equip the Workshops with standard training machines.  Our children must get the best training facility”, he said.

He commended the Rivers State Governor for reviving the dead institution and placing it on the platform to empower Rivers youths.

ALSO READ: Unidentified Lady dies as Car plunges inside a River beside NLNG in Port Harcourt

Principal of Government Craft Development Centre,  Mr. China Ameka appreciated Governor Wike for considering it necessary to rebuild the centre into a standard institution for teaching and learning  towards human capital development aimed at empowering the youths.

He said the revived institution will help in reducing crime in the society as youths would be equipped with the right skills to be self-reliant.

Member Representing Khana/Gokana Federal Constituency, Mr. Dum Dekor described the project as a quantum leap to give the best to Rivers youths.

He said Rivers State is the only State in the country where several projects have been rolled out for the first 100 days. He said Governor Wike has proved himself as a lover of Rivers people.

Permanent Secretary of Rivers State Bureau of Special Projects, Sunny Okere noted that the project was designed to ensure that Rivers youths get the best technical education.  He said all the key Workshops have been primed to train the youths in the right skills.