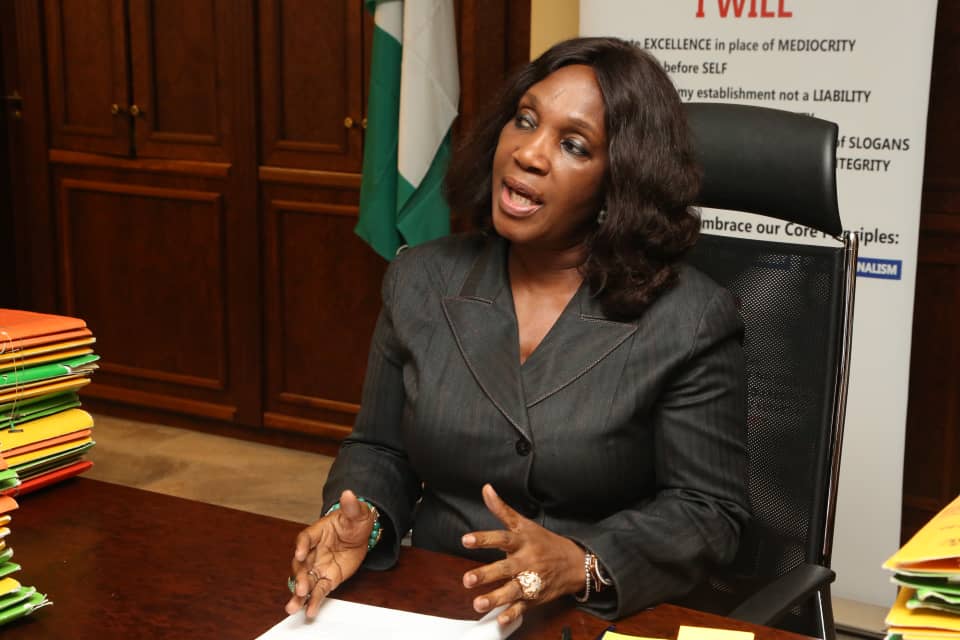 …We are no longer going to pay anyone N1 billion every month. That is wicked.

… Acting MD Dr. Nunieh “How can someone have 87 companies waiting for payment?”

The Acting Managing Director of the Niger Delta Development Commission, NDDC, Dr. Gbene Joi Nunieh, says the Commission has suspended the monthly payment of N1 billion to a consultant that collects money from International Oil Companies, IOCs, on its behalf.

Dr. Nunieh, who spoke in an interview with newsmen at the NDDC headquarters in Port Harcourt, emphasised that the Commission did not need middlemen to collect statutory funds due to it.

She said: “We have a consulting firm engaged as a collection agent. We have another company that also collects 3 per cent whenever money is paid by the International Oil Companies, IOCs.

“We don’t need a middle man to collect 3 per cent for gas. The money should just be paid into NDDC accounts with the CBN.”

The NDDC Chief Executive Officer said that in spite of the political interferences, she was not going to compromise, stating: “That is why I have suspended the contract of a collection agent. We are no longer going to pay anyone N1 billion every month. That is wicked.

“That money can put mono pumps in rural communities in the Niger Delta. It can buy books and set up primary health centres. The three per cent for a consulting firm is over. That is why we are under pressure. But I laugh because those who live in glass houses should never throw stones.”

Nunieh called on Niger Deltans to stand up to protect their region. According to her, “what is happening is very embarrassing. We must all get up and know that these people have taken our commonwealth.”

“When the governors of the South-South states, led by Governor Seriake Dickson of Bayelsa State, visited President Muhammadu Buhari, he assured them that he would comply with the Act setting up the NDDC in taking decisions concerning the agency. He said that he would respect the provisions of the Constitution of the Federal Republic of Nigeria. He also directed that a forensic audit be carried out from 2001 to date, stating that it was only after the audit that he would decide what to do with the Commission.”

Nunieh remarked that the NDDC would make sure that everything runs smoothly in the course of the forensic audit ordered by the President. Affirming that the audit would be deep and detailed, she said this explained the panic in certain quarters.

The Acting Managing Director stressed that her focus was on rural development. She explained: “We are trying to see how quickly we can get water to every village before long. We will try to see how we can use existing infrastructure to get water to the villages.

“No big contractors. Get the locals who are plumbers to get the mono-pumps to work. We are going to take development to the people and that is why you no longer see the young men hanging around our gates. We have asked them to go back to their communities and we will meet them there.”

The NDDC boss promised that the Commission would carry out an epidemiological study in the Niger Delta to find out the prevalent sickness in the region and see what could be done.

She said: “Our people must be helped to stay alive and healthy. Look at the United Nation Environmental Project, UNEP, report which states that one in eight Ogonis would die of cancer. So, you can imagine the situation in other parts of the Niger Delta.”